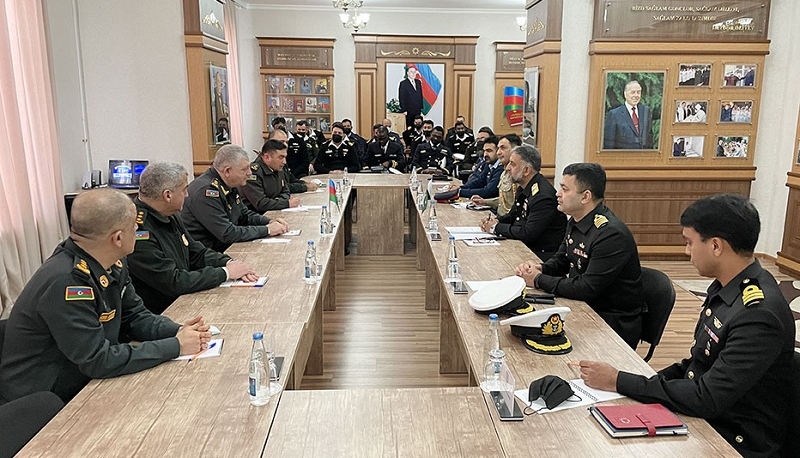 Chief of the War College of the Azerbaijan Armed Forces, Lieutenant General Heydar Piriyev met with a delegation led by the Chief of the Naval Academy of Pakistan, Rear Admiral Shifaat Ali Khan, the Azerbaijani Defense Ministry told News.Az.

The Pakistani delegation is on an official visit to Azerbaijan.

The sides expressed satisfaction with the development of Azerbaijani-Pakistani relations and discussed prospects for bilateral cooperation in the field of military education.

The guests were given a briefing on the military education system in Azerbaijan.

In the end, a photo was taken, as well as an excursion to the Carpet Museum and the Museum of Art was organized.