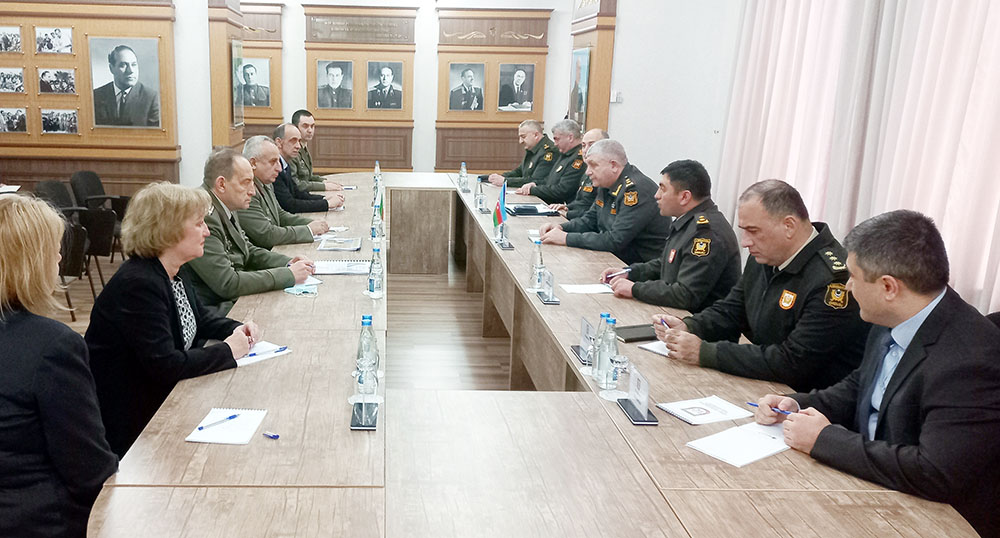 Chief of the War College of the Azerbaijani Armed Forces, Lieutenant General Heydar Piriyev met with a delegation led by the Commandant of “G. S. Rakovski” National Defence College of the Republic of Bulgaria, Major General Grudi Angelov, the Defense Ministry told News.Az.

Stressing that relations between Azerbaijan and Bulgaria are based on friendship and fruitful cooperation, Lieutenant General Heydar Piriyev spoke about the work carried out in Azerbaijan in the sphere of modern army development and improvement of the professional level of servicemen. It was noted that the military education system in Azerbaijan is carried out taking into account modern world practice and experience gained in the Patriotic War.

Expressing gratitude for the hospitality, Major General G. Angelov noted that the training of professional officers is a priority in the Bulgarian Armed Forces.

The sides discussed the prospects for joint cooperation in the field of education and a number of issues of mutual interest.

The participants were briefed on the military education systems of both countries, as well as on the history and activities of the War College of the Armed Forces. The Bulgarian delegation got acquainted with the educational process.

In the end, the guests were taken on an excursion to the Military History Museum of the Armed Forces of Azerbaijan.