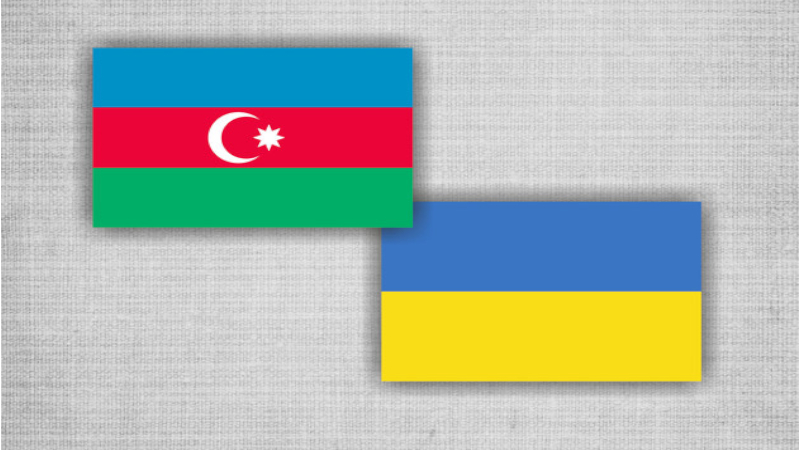 The ministries of foreign affairs of Azerbaijan and Ukraine held political consultations through videoconferencing.

Welcoming the Ukrainian delegation, Khalafov noted that the political dialogue between the foreign ministries continues despite the pandemic.

Noting that Azerbaijan and Ukraine are strategic partners, Khalafov said that Azerbaijan is interested in further developing bilateral ties in all areas, including trade and economic, humanitarian and regional cooperation.

During the meeting, the parties highlighted that there is political dialogue between the two states at a high level.

Bodnar thanked Azerbaijan on behalf of Ukraine for humanitarian assistance in the fight against COVID-19.

The parties emphasized that the political dialogue at the level of the heads of Azerbaijani and Ukrainian states has given a strong impetus to the dynamic development of relations between the countries.

Noting the success of the official visit of Ukrainian President Vladimir Zelenski to Azerbaijan, Bodnar pointed out that Ukraine is looking forward to the visit of Azerbaijan’s President Ilham Aliyev.

Khalafov informed the Ukrainian side about the current state of negotiations on the settlement of the Armenian-Azerbaijani Nagorno-Karabakh conflict.

He thanked the Ukrainian side for resolutely condemning the illegal so-called "elections" held in the occupied territories of Azerbaijan, stressing that Azerbaijan always supports the territorial integrity and sovereignty of Ukraine.

During the meeting, an exchange of views regarding the negotiation process to resolve the conflict that exists on the territory of Ukraine took place.

Expressing satisfaction with the mutual support of the two countries in connection with the internationally recognized territorial integrity, sovereignty and inviolability of state borders, the parties emphasized that this support will continue to be rendered at the bilateral, regional and international levels.

The issues of strengthening cooperation and mutual support within the framework of international organizations were also discussed.

The parties exchanged views on issues of mutual interest in the economic, energy, humanitarian, military-technical, transport, transit and agricultural spheres, as well as in the areas of health, education, culture and the diaspora's activities.

Khalafov said that there is great potential for further development of economic cooperation between the two countries, expressing satisfaction with the level of trade between Azerbaijan and Ukraine in the first quarter of 2020.

The parties also noted the contribution made to bilateral economic relations following the results of the meeting of the Azerbaijani-Ukrainian joint intergovernmental commission on economic cooperation in Kyiv in January 2020.

To strengthen cooperation in relevant areas, it was proposed to hold meetings of working groups of the joint Azerbaijani-Ukrainian intergovernmental commission in the form of a video conference.

Having informed the Ukrainian side about the extremely important, from the point of view of alternative and diversified cargo transportation, the Baku-Tbilisi-Kars (BTK) railway project, as well as the North-South, East-West and South-West transport corridors, implemented on the initiative and with the participation of Azerbaijan, Khalafov noted that Ukraine can also benefit from these projects.

Touching upon the issue of trade houses, operating in Azerbaijan and Ukraine, the parties emphasized the importance of mutual promotion of local goods through this platform.