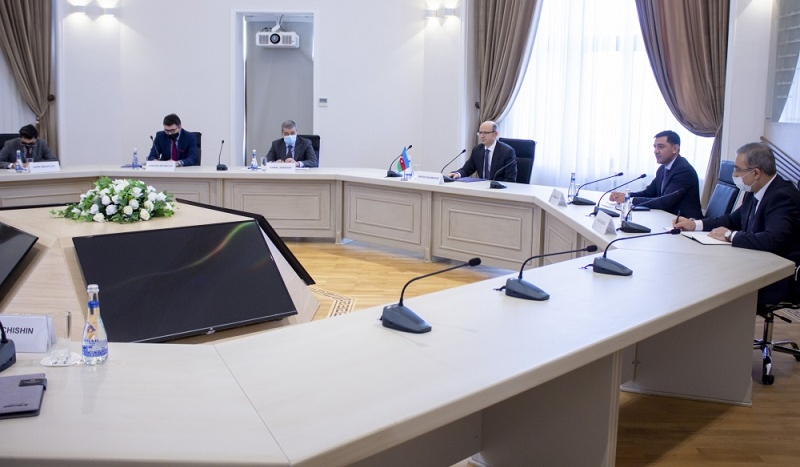 Co-chair of the Intergovernmental Commission on economic cooperation between the Republic of Azerbaijan and Ukraine, Energy Minister Parviz Shahbazov has met with a delegation led by Ukrainian co-chair, Minister of Infrastructure Vladyslav Kryklii.

The sides exchanged views on the issues arising from energy cooperation between the two countries.

Noting the contribution of the Intergovernmental Commission to the development of cooperation and strengthening of relations between the two countries in various fields, Minister Shahbazov stressed the growing trend of mutual trade and investment. The Working Group established for the development of Azerbaijan-Ukraine bilateral energy relations and implementation of joint projects and the issues to be discussed at the next meeting planned to be held in the near future were highlighted.

Ukrainian Minister of Infrastructure Vladyslav Kryklii brought the Nagorno-Karabakh conflict, which ended with the victory of Azerbaijan, establishing peace in the region to the attention, adding that Ukrainian companies were interested in participating in the reconstruction work carried out in the liberated territories. At the same time, informing about the infrastructure projects currently being implemented in Ukraine, he said that there are broad investment opportunities in his country for Azerbaijan`s business representatives. He expressed his confidence that the dynamic development of trade and economic relations would continue. At the meeting, information was given about the activity of the Ukraine Trade House in the Republic of Azerbaijan.

During the meeting, the sides also discussed the possibilities of expanding cooperation between the two countries in various fields and holding the next meeting of the Intergovernmental Commission on economic cooperation. 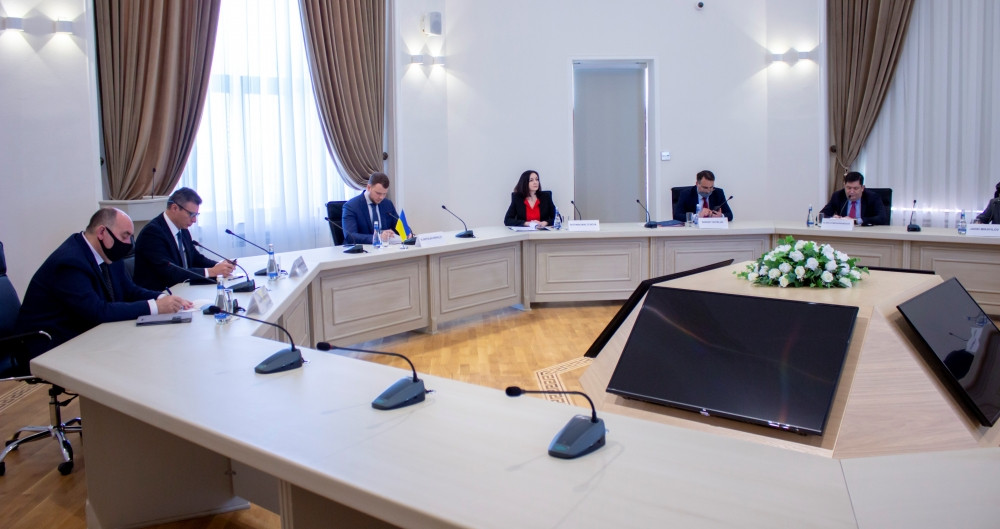