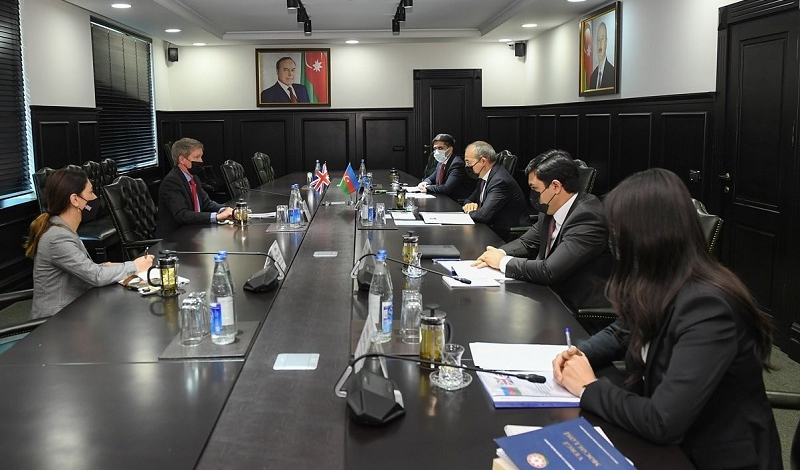 The trade turnover between Azerbaijan and the UK greatly increased from January through March 2021, Azerbaijani Minister of Economy Mikayil Jabbarov during a meeting with UK Ambassador to Baku James Lyall Sharp.

Jabbarov also informed the ambassador about the reforms being carried out in Azerbaijan, the national priorities of the country's social and economic development until 2030.

In turn, Sharp announced the UK’s interest in expanding the ties with Azerbaijan and made his proposals on the development of the economic partnership.

The sides also discussed the possibilities of expanding cooperation in various spheres of the economy and other issues of mutual interest.