Azerbaijan, UK discuss holding next round of military talks 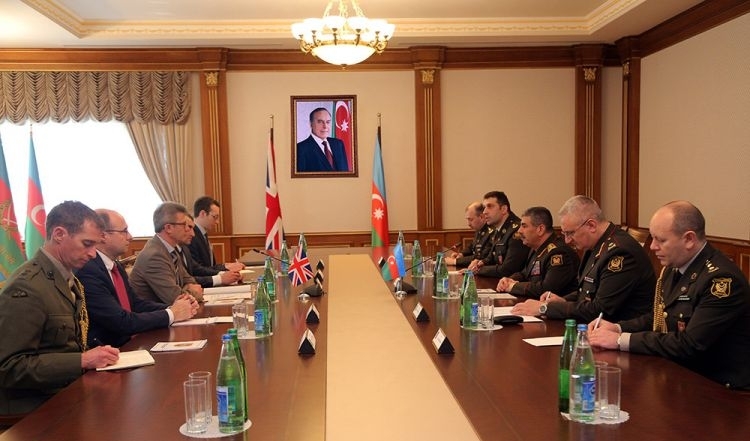 The main topic of the meeting was the holding of the next round of staff talks between the Azerbaijani and British defense ministries, the Azerbaijani Defense Ministry told APA.

The sides also exchanged views on the participation of representatives of the Azerbaijani Armed Forces in “Military English Courses”.

Referring to the current situation in the region, Minister Hasanov stressed that Armenia’s non-constructive position in the negotiations on the settlement of the Armenia-Azerbaijan conflict poses a serious threat to international and regional security.

Gurr recalled the efficient meetings with Defense Minister Zakir Hasanov held in London in September 2016, noting that the military cooperation between the two countries has strengthened since.

He also praised Azerbaijan’s involvement in the NATO-led mission in Afghanistan, saying his country is interested to strengthen the bilateral ties even further.

He went on to outline that the UK recognizes Azerbaijan’s territorial integrity and sovereignty and wants the Armenia-Azerbaijan Nagorno-Karabakh conflict to be resolved in line with the UN Security Council resolutions and international law.

Moreover, the two sides exchanged views on prospects of military and military-technical cooperation, security of regional, marine, and energy resources, the joint fight against terrorism, etc.