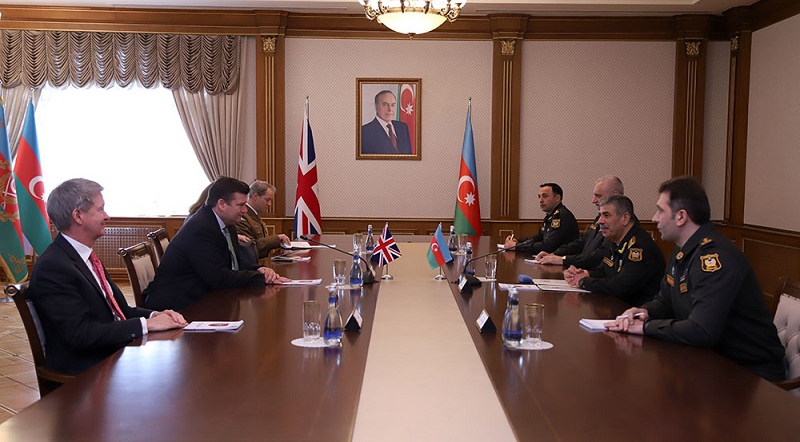 Azerbaijan’s Defense Minister, Colonel General Zakir Hasanov on Wednesday met with a delegation led by UK Minister for the Armed Forces, member of the UK Parliament James Heappey, who is on a visit to Baku, the Defense Ministry told News.Az.

Welcoming the guests, Minister Hasanov noted that the development of relations between the two countries is constantly in the focus of attention of Azerbaijani President, Supreme Commander-in-Chief of the Armed Forces Ilham Aliyev.

He gave detailed information about the work carried out in the liberated territories after the victory gained in the Patriotic War under the command of the Supreme Commander-in-Chief, as well as the situation in the Karabakh economic zone and on the Azerbaijani-Armenian state border.

The minister also expressed gratitude to the United Kingdom for the support provided within the framework of the United Nations Development Programme to clear the Azerbaijani territories by neutralizing mines and unexploded ordnance.

In turn, Heappey noted that mutual visits and meetings between our countries are significant for the expansion of bilateral relations.

In the end, an exchange of views on the prospects for cooperation in the military sphere and other issues was held.