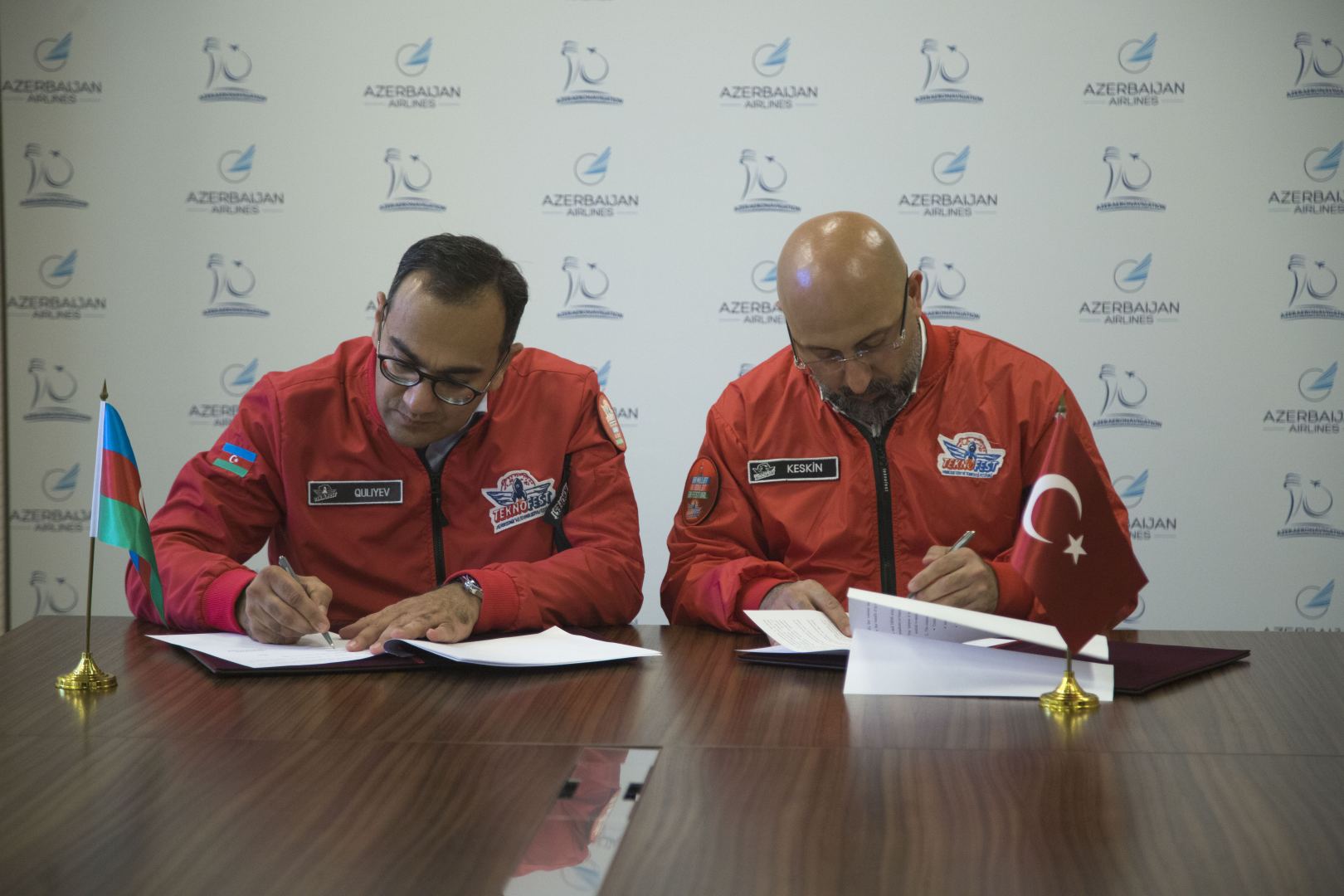 A major agreement covering all aspects of integrated air navigation services was signed between air navigation providers of Azerbaijan and Turkiye, News.A reports.

Thus, on Friday, May 27, the document was signed between “Azeraeronavigation” Air Traffic Control Department (AZANS) of “Azerbaijan Airlines” CJSC and the General Directorate of State Airports Authority (DHMI).

When concluding the agreement, the parties stressed the high level of professional interaction between the two organizations in the development of air navigation strategy as well as close friendly relations between the fraternal countries - Azerbaijan and Turkiye.

DHMI delegation, headed by the Chairman of the Board and Director General, Mr. Huseyin Keskin, which visited the ATC tower at the Heydar Aliyev International Airport, was informed about the modern technology used by AZANS.

The guests were also introduced to the process of flight control at the air show held in the capital of Azerbaijan within the “TEKNOFEST Azerbaijan” festival.

The scope of DHMI’s activities includes the management of Turkish airports, as well as regulation and control of Turkish airspace.