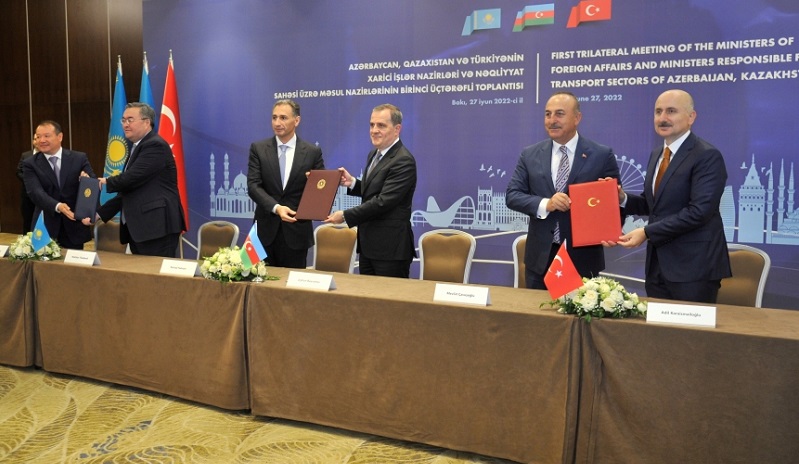 A Baku Declaration was signed at the first meeting of Ministers of Foreign Affairs and Ministers in charge of transport of Azerbaijan, Turkiye and Kazakhstan in Baku on Monday, Leyla Abdullayeva, spokesperson for Azerbaijan’s Foreign Ministry, told journalists, a News.Az correspondent reports.

The spokesperson said that the document covers the transport and communications sectors.