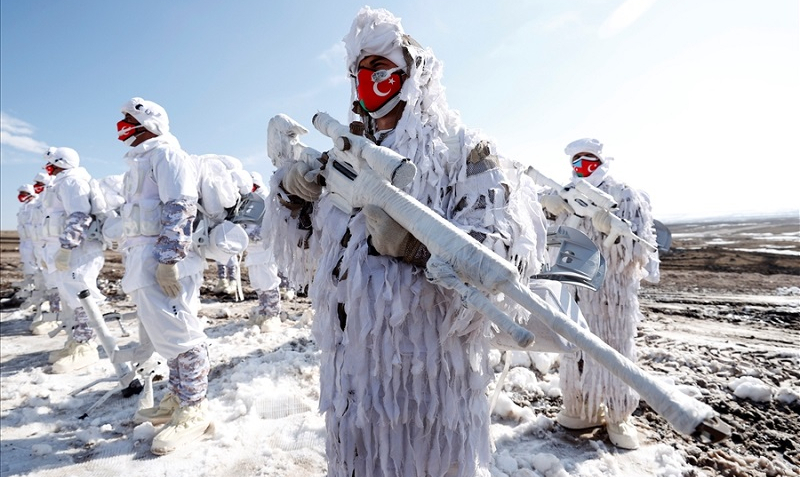 Azerbaijani and Turkish military servicemen have successfully completed the joint Winter Exercise 2021, the Turkish Ministry of National Defense said in a statement on Saturday.

“This year for the first time, the ground and air elements in our joint exercise with the Azerbaijani Armed Forces accurately destroyed the identified targets. The skills of our soldiers were impressive in the exercises, which also involved our local and national weapons technology,” the statement said.