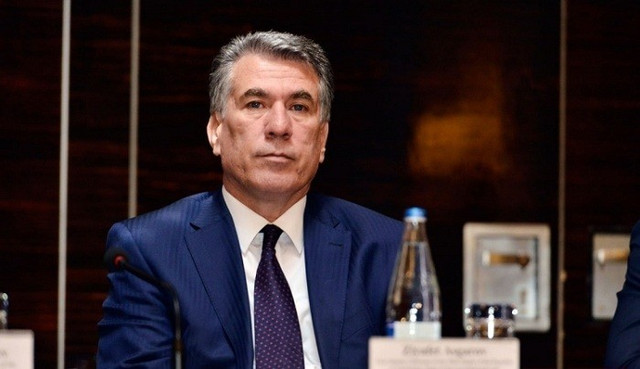 Military-technical cooperation between Azerbaijan and Turkey has always been at a high level. Our countries have signed a lot of documents within the framework of cooperation in this sphere.

The due statement came from the chairman of the Defense, Security and Anti-Corruption Committee of the Milli Majlis Ziyafet Asgarov while commenting on the visit to Azerbaijan of Turkish Minister of National Defense Hulusi Akar, Chief of General Staff, Army General Yashar Guler, as well as military commanders.

The parliamentarian also recalled that military exercises TurAz conducted earlier in Azerbaijan were also organized within the reached agreements.

"Turkey has always declared that it supports the righteous cause of Azerbaijan on the occupation of its lands based on international law and UN Security Council resolutions. Our military and technical cooperation is fully consistent with international law," he said.

Asgarov emphasized that given the military might of Turkey, Azerbaijan has something to learn from its brotherly army.

"Turkey is a member of NATO, its army is considered one of the strongest among countries of this military bloc. Training of Azerbaijani soldiers and officers by Turkish specialists will bear fruit. And in general, the Azerbaijani army today is one of the top 50 most powerful armies in the world," the head of the Committee concluded.