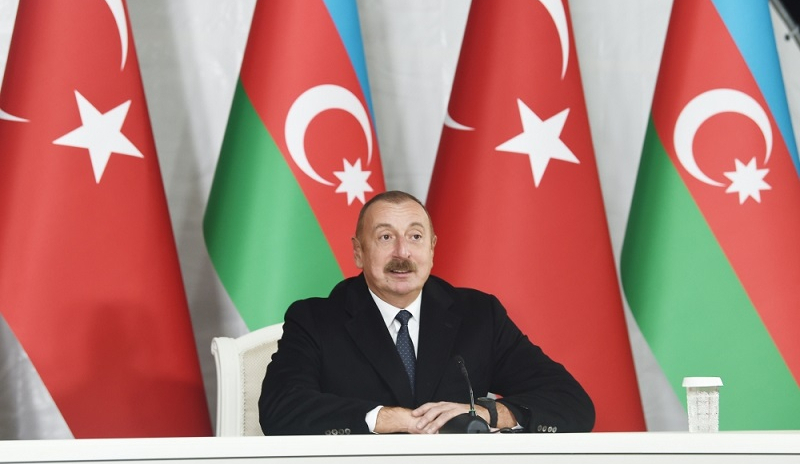 Both Azerbaijan and Turkey are taking tangible steps to implement the Zangazur corridor, said President Ilham Aliyev as he made a press statement with his Turkish counterpart Recep Tayyip Erdogan in Aghali village of Zangilan district on Tuesday, News.Az reports.

The Azerbaijani leader called the factor of Recep Tayyip Erdogan ‘one of the most important factors for the entire Turkic world.’

“I must also tell you that Azerbaijan will hand over chairmanship of the Turkic Council to Turkey next month. I am confident that Turkey, under the leadership of my dear Brother, will successfully preside over the Council. Cooperation and fraternal ties between the Turkic states will strengthen even more, thus, new opportunities will open up for the entire Turkic world,” President Aliyev added.