Azerbaijan to restore and develop liberated lands in four stages 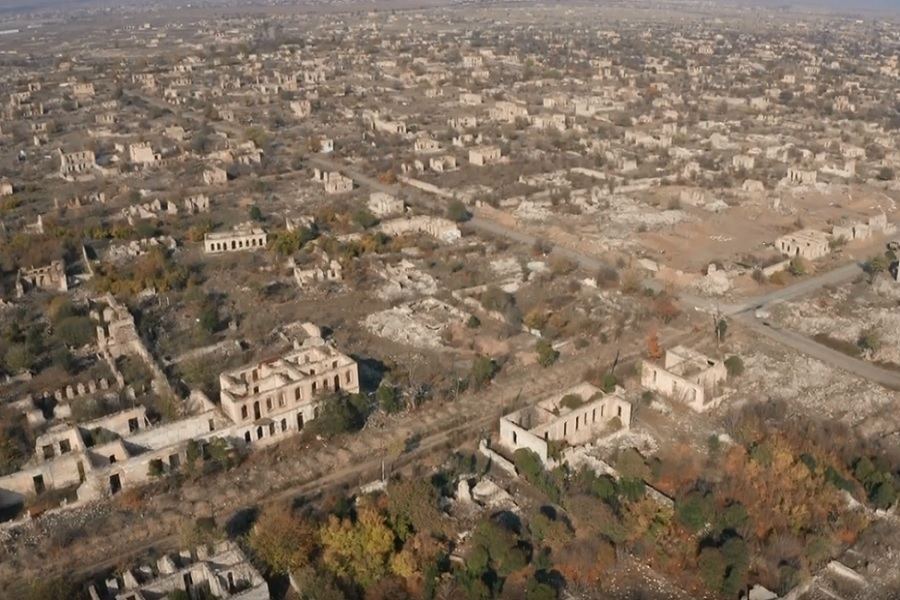 A concept was prepared for the restoration and development of the Azerbaijani lands liberated from the Armenian occupation in accordance with the instruction of the President of Azerbaijan Ilham Aliyev, Azerbaijani Minister of Economy Mikayil Jabbarov said.

Jabbarov made the remarks at a video-format meeting dedicated to the results of 2020 chaired by the president of Azerbaijan.

“The corresponding opinions were taken into account and voiced during the preparation of the concept and discussion in the Economic Council,” the minister added. “The measures being taken by Azerbaijan to restore and develop the liberated territories, as well as the economic potential of these districts, will create the basis for attracting new local and foreign investments, especially in the non-oil sector.”

"The measures are planned to be taken in four stages to ensure an integrated approach to the restoration and development of the liberated territories,” the minister said. “The initial stage includes the solution of management, security, and infrastructure issues while the further stages - the functioning of social services, restructuring, and development of the economy."

Jabbarov stressed that in accordance with the decrees of the president, taking into account natural resources, traditional sectors of the economy, transport hubs of each district, including the proximity to the transport corridors which are being restored, roads and railways, the construction of which has already begun, the profile and specialization of each economic region are envisaged.

“It is proposed to widely use public-private partnership in the implementation of investment projects in the construction of road transport and municipal infrastructure, production of traditional and alternative energy, irrigation and reclamation systems and in other spheres to save public funds during this work and increase the efficiency of investments,” the minister said.

“It is also proposed to introduce a special preferential economic regime in the territories liberated from occupation to stimulate the economic activity,” the minister said.