Azerbaijan to recalculate mineral reserves of its liberated territories 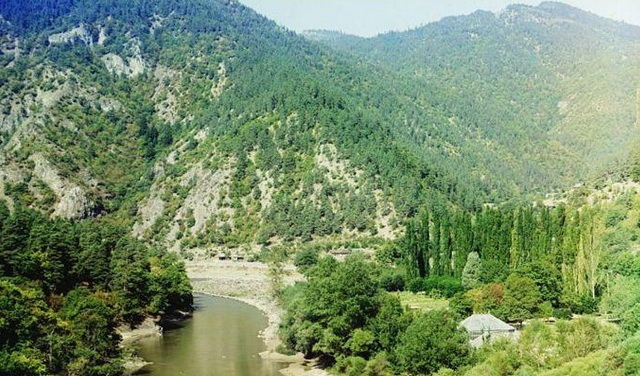 Azerbaijan’s Zangilan district, which is gradually liberated from Armenian occupation, is one of the territories rich in-ground and underground natural resources, the head of the National Geological Prospecting Service of the Ministry of Ecology and Natural Resources (MENR) Ali Aliyev told journalists.

According to Aliyev, during the exploration work carried out in the Soviet times, numerous deposits of various types of minerals were found there.

"So far, we haven’t received exact information about their status, but the aerial images show that the Armenian occupants mercilessly exploited some of these fields," Aliyev said.

He added that presently the main task is to study the state of exploitation of deposits existing in the liberated territories, including in the Zangilan district, to calculate and assess the remaining reserves, to establish the scale of the damage.

As earlier reported, the district’s urban center and several settlements were liberated from the Armenian Armed Forces by the Azerbaijani army during the combat operations going on since September 27.