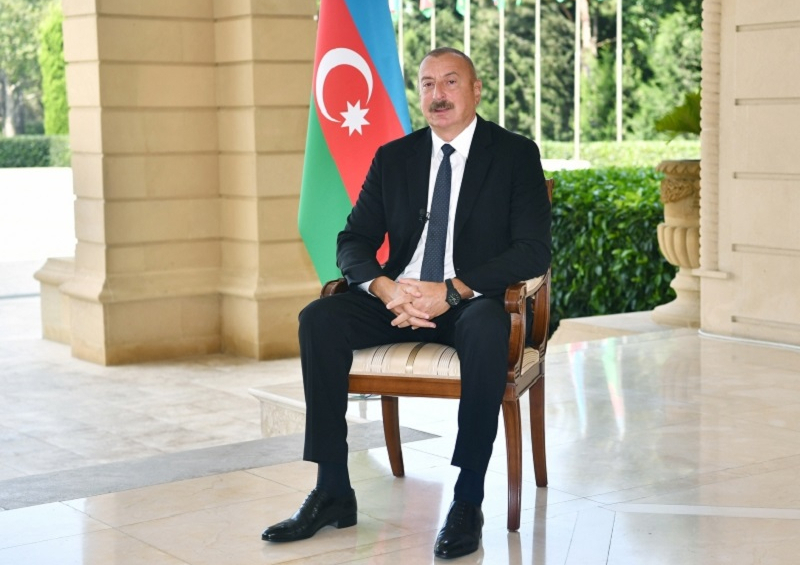 In his interview with CNN Turk TV channel, Azerbaijani President Ilham Aliyev has also commented on the 3+3 format in the South Caucasus.

“I have repeatedly discussed this issue with my dear brother, President Recep Tayyip Erdogan, and our positions coincide. We support this format and hope that other countries join it too. I know that the Georgian side is not ready for that because there are no diplomatic relations between Georgia and Russia. This is the position of Georgia, and we must respect this position. Nevertheless, the relations between countries of the region are very important for regional cooperation, for stability and for reducing the risk of future war to zero,” the head of state said.

“Specific projects can also be discussed. After all, this is not just a political initiative. First of all, in addition to the opening of the Zangazur corridor and other roads – because we are not talking only about the Zangazur corridor – we may have other transport projects with Armenia. Then comes the restoration of trade relations and ensuring long-term peace in the South Caucasus. In other words, all these are very important issues,” President Ilham Aliyev added.