Azerbaijan starts relocating IDPs from buildings that are in disrepair 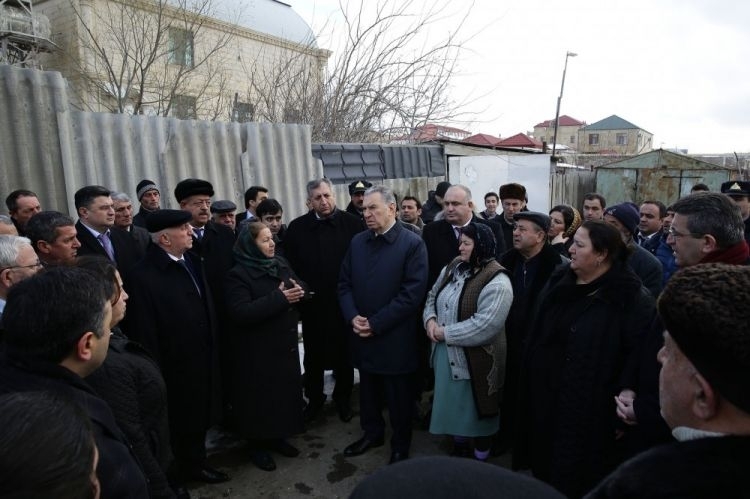 Chairman of the State Committee of Azerbaijan for Work with Refugees and IDPs, Chairman of the Republican Commission on International Humanitarian Assistance Ali Hasanov on Friday met with refugees settled in “Shafaq” sanatorium situated in Sariqaya, Binaqadi district.

Hasanov announced that a decision has already been taken on the relocation of IDPs from the buildings that are in disrepair, APA reports.

He said the necessary amount has already been allocated. In the first stage, the IDPs living in a building in Baku’s Khazar district and two buildings (a total of 260 IDP families) in Ganja Avenue will be relocated.

Saying that numerous applications are received from the Shafag sanatorium, Hasanov stressed that the situation is very miserable.

“We intended to do temporary repair work. However, it is impossible here. If possible, we will do some repair work in separate houses nearby the sanatorium. However, I will report to the leadership about the situation of this sanatorium. A decision will be passed and we will fulfill it promptly”, he added.