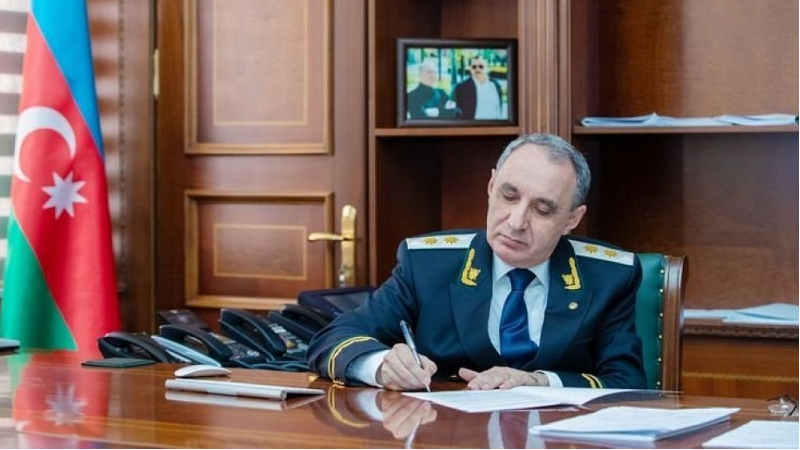 The letter emphasized that the Armenian side has invited "volunteers" - foreign "citizens" of Armenian origin, to participate in hostilities on the territory of Azerbaijan, thereby grossly violating human rights and international humanitarian law, as well as provisions UN conventions.

The UN High Commissioner was informed that the creation of illegal armed formations and groups is classified as a criminal offense in the Criminal Code of Azerbaijan, as well as in the legislation of many foreign countries.

In this regard, the names and surnames of some of the mercenaries who took part in the hostilities against Azerbaijan privately or as part of groups, as well as a list of countries of which they are citizens, were provided.

It was established that the citizens of France - Artur Hovhannisyan, member of the ASALA terrorist organization Gilbert Minasyan (together with 15 members of the group, whose names are unknown to the investigation); Marc de Cacquerey, leader of the Zouaves Paris-Valmenir extremist group; Vahagn Chakhalyan, already deprived of Georgian citizenship; Iranian citizen Kharmik Hovsepiyan, Belarusian citizen Sergei Serov, US citizen Arushan Badasyan, as well as others, participated in hostilities as mercenaries.

Also, when examining the territories liberated from the Armenian occupation, traces were found on the bodies of the two victims, confirming the ethnic origin of the mercenaries. These and other facts again confirmed the participation of mercenaries brought in by the Armenian side.

On these facts, the Prosecutor General's Office of Azerbaijan opened a criminal case under the relevant articles of the Criminal Code, and at present the investigation on these cases continues.

At the same time, the Prosecutor General highlighted the deliberate attacks of the Armenian Armed Forces on the Azerbaijani civilian population and the use of prohibited phosphorus munitions.

Missiles like "Scud" and "Smerch" were used not only on the battlefield, but also against civilians, which was recorded by influential international organizations such as Human Rights Watch and Amnesty International, and was described as "cruel and unthinkable", said the letter.

During the next shelling of the Barda district on November 7, 16-year-old Shahmaly Rahimov was killed, following which the number of killed civilians reached 93, noted the letter.

The letter also emphasized that Armenia, having used prohibited and extremely dangerous phosphorus ammunition five times at different times, fired at the Azerbaijani army units on the battlefield, as well as the territories of the Tartar, Agjabadi and Goranboy districts outside the conflict zone.

Having presented the above facts proving these crimes, detailed photos and videos, the Prosecutor General asked the UN High Commissioner for Human Rights to indicate them in his future reports and statements, as well as, within his authority, to take measures to bring the Armenian leadership to justice.