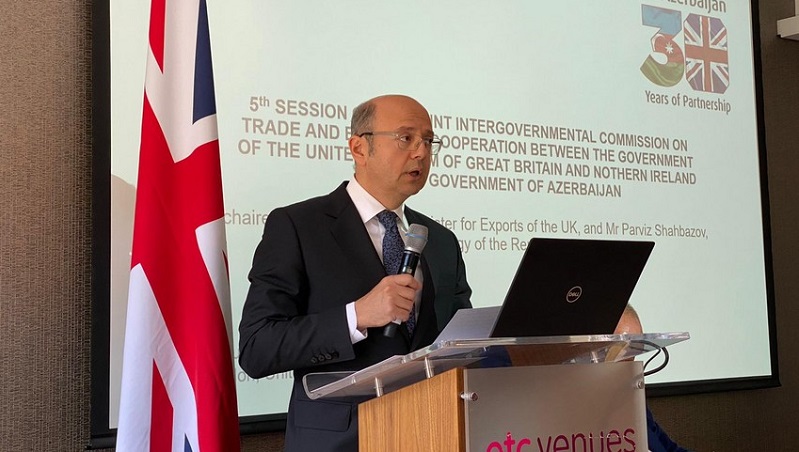 Azerbaijan sees its long-term partnership with the United Kingdom in the field of energy as an important contribution to the strategic energy sustainability and the implementation of the green energy agenda, said Azerbaijan’s Minister of Energy Parviz Shahbazov.

The minister made the remarks while speaking at the fifth session of the Joint Intergovernmental Commission between the Azerbaijani and UK governments on economic cooperation, which was held on Tuesday in London, the Energy Ministry told News.Az.

“Recently, we have made significant progress in the 240 MW SPP project in Jabrail. We believe that the construction of this plant will be soon a confirmation of our successful cooperation with bp on green energy, decarbonization and, in general, energy transition,” he said.

Shahbazov noted that the development of the liberated Azerbaijani territories in the green energy zone concept with net-zero emissions, the approach to achieving green growth and clean environment at the level of the country's national priority, and plans to focus on the production/export of 157 GW of wind energy of the Caspian Sea, electricity and hydrogen are great opportunities for the development of green cooperation with the UK.

The minister also brought to the attention that the liberated Azerbaijani territories are one of the most mine-contaminated areas in the world, and the difficulties in neutralizing mines and unexploded ordnance are the main obstacles to the socio-economic reintegration of these territories and the implementation of important projects. He underlined the importance of international support and assistance to Azerbaijan in this issue.