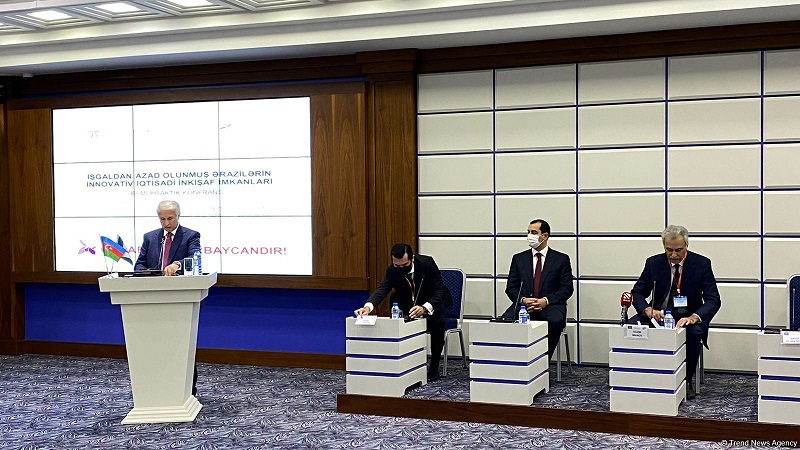 He made the remarks on Monday at a conference on the topic “Opportunities for the innovative economic development of the liberated territories,” News.Az reports.

Alakbarov noted that the creation of industrial parks is one of the areas with ample opportunities to ensure innovative economic development.

He recalled that the Aghdam Industrial Park was created by the decree of the President of Azerbaijan dated May 28, 2021.

"Of the 190 hectares of the industrial park in the city of Aghdam, 76 hectares have been cleared from mines and unexploded ordnance. Earlier, Minister of Economy Mikayil Jabbarov said that the organization of a social zone has been completed in the Aghdam industrial park," he said.

“A container-type office, a hostel, a first-aid post, a pharmacy, a shop and a canteen have been created for residents in Aghdam industrial park. Also, an asphalt road and a water supply have been laid on the territory. Solar panels are used here for lighting. The negotiations, which are underway on the design and with five enterprises to attract potential investors, are nearing completion," the deputy minister added.