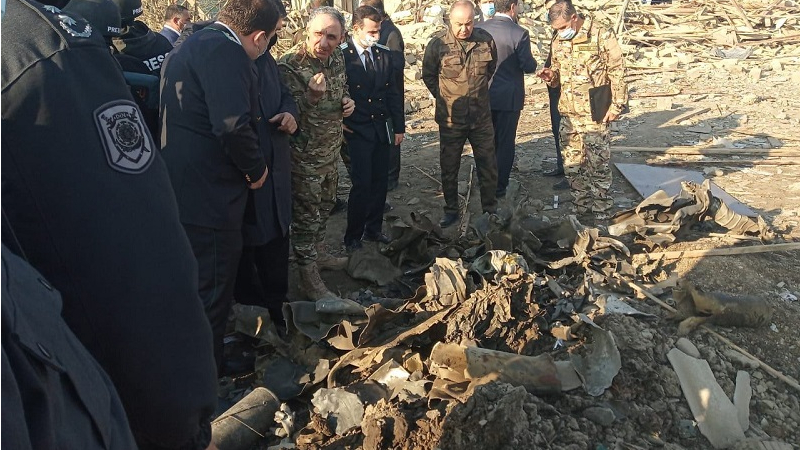 Unfortunately, the criminal military-political leadership of Armenia again targeted the civilians of Azerbaijan, Prosecutor General of Azerbaijan Kamran Aliyev told reporters at the site of destruction as a result of missile strikes by the Armenian Armed Forces on Ganja.

According to him, the Armenian side, unable to withstand the onslaught of the Azerbaijani army, is targeting the civilian population.

“We see that the Armenian army, which is defeated in the combat zone, is intensifying its attacks on settlements and, first of all, on civilians. This is a crime against humanity,” he said.

The prosecutor general warned that Armenia’s political leadership will pay a heavy price for the attack.

“The Armenian side will not be able to intimidate the civilian population. Ganja residents are not afraid of anything. Victory is ours," he added.