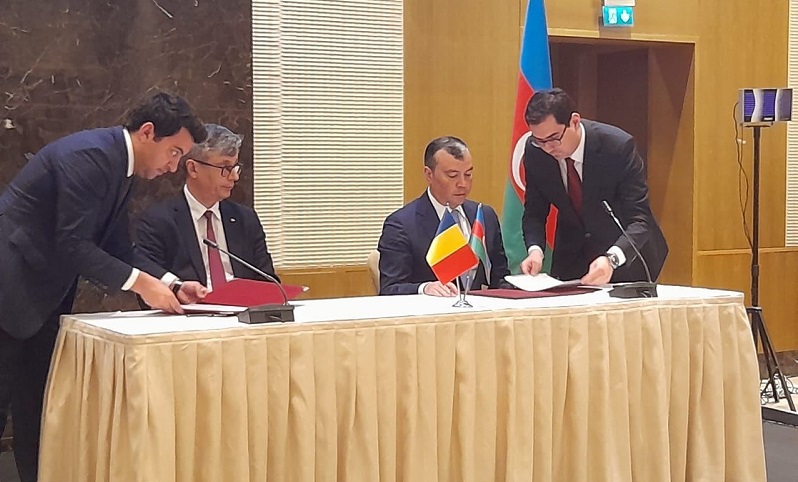 On Thursday, Baku hosted the 6th meeting of the Joint Commission for trade and economic relations and scientific and technical cooperation between the Government of the Republic of Azerbaijan and the Government of Romania.

A protocol covering future areas of cooperation between the two countries was signed during the meeting, a correspondent of News.Az reports.

The document was inked by the co-chairs of the commission - the Minister of Labor and Social Protection of Azerbaijan, Sahil Babayev, and the Minister of Energy of Romania, Virgil-Daniel Popescu.

Following the meeting, the officials briefed on the signed document and expressed confidence that the protocol would play an important role in the development of relations between Azerbaijan and Romania.