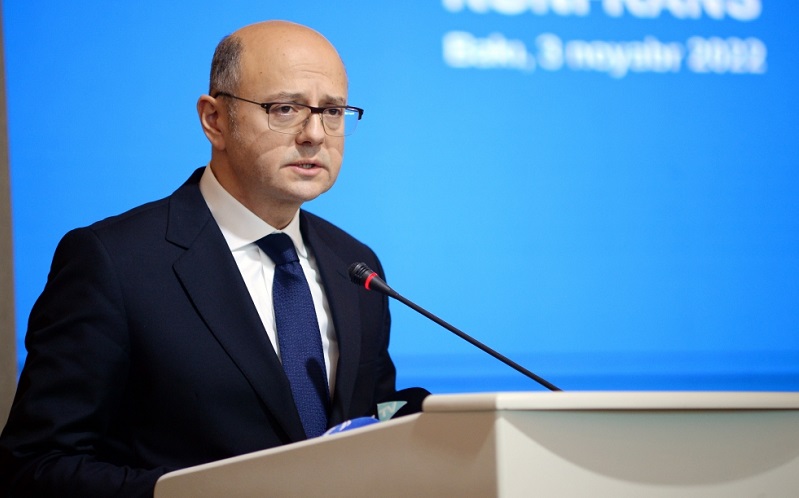 He was speaking at a conference themed “Post-conflict construction model under the leadership of President Ilham Aliyev”, which was held on the occasion of the second anniversary of Azerbaijan's victory in the Second Karabakh War, News.Az reports.

Shahbazov noted that one of the promising routes for transporting green energy is the Azerbaijan-Türkiye-Europe energy corridor, which will pass through Azerbaijan’s Nakhchivan.

“Thanks to the creation of a green energy zone in the liberated lands, Azerbaijan will turn into a regional zero-emission energy hub,” the minister added.