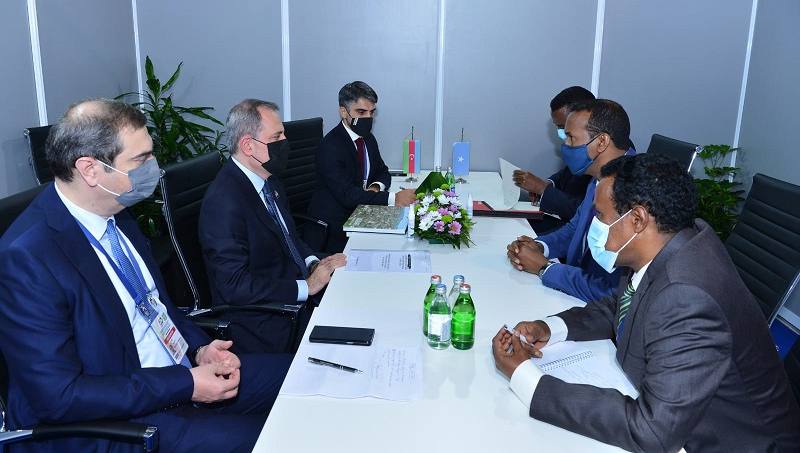 On October 12, 2021, within the framework of a high-level meeting on the 60th anniversary of the Non-Aligned Movement in Belgrade, Azerbaijan’s Foreign Ministry Jeyhun Bayramov met with his Palestinian counterpart Riyad al-Maliki, the Foreign Ministry told News.Az.

The sides noted the potential for the development of cooperation between the two countries in various fields, emphasizing the importance of strengthening bilateral political and economic cooperation in this regard.

Minister Bayramov informed his counterpart about the post-conflict situation in the region, the restoration and reconstruction works carried out in the liberated territories.

At the meeting, the ministers also exchanged views on other issues of mutual interest.