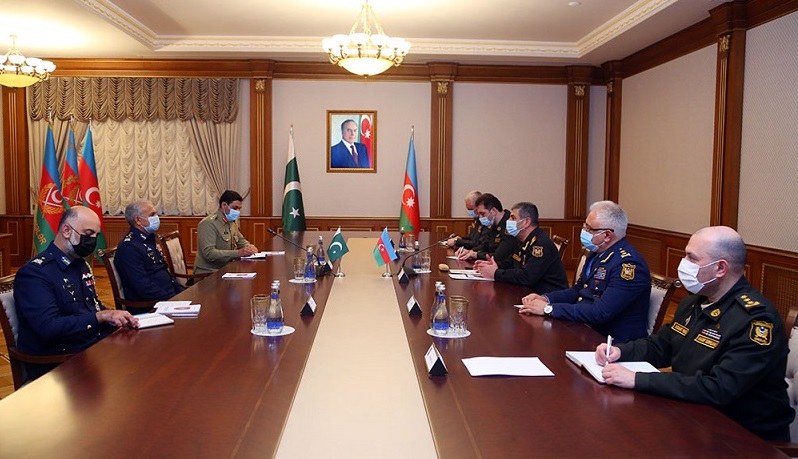 On January 11, the Minister of Defense of the Republic of Azerbaijan Colonel General Zakir Hasanov has met with a delegation led by the Commander of the Air Force of the Islamic Republic of Pakistan, Air Chief Marshal Mujahid Anwar Khan. The Pakistani delegation is on a working visit to our country.

The meeting expressed satisfaction with the development of traditional friendship and mutual trust between the peoples of the two countries, including Azerbaijani-Pakistani relations, as well as the level of strategic partnership.

In turn, the Commander of the Air Force of Pakistan congratulated the Azerbaijani people on the victory in the Patriotic War, wished the mercy of Allah Almighty to the souls of all servicemen and civilians who died as Shehid, and healing to the wounded.