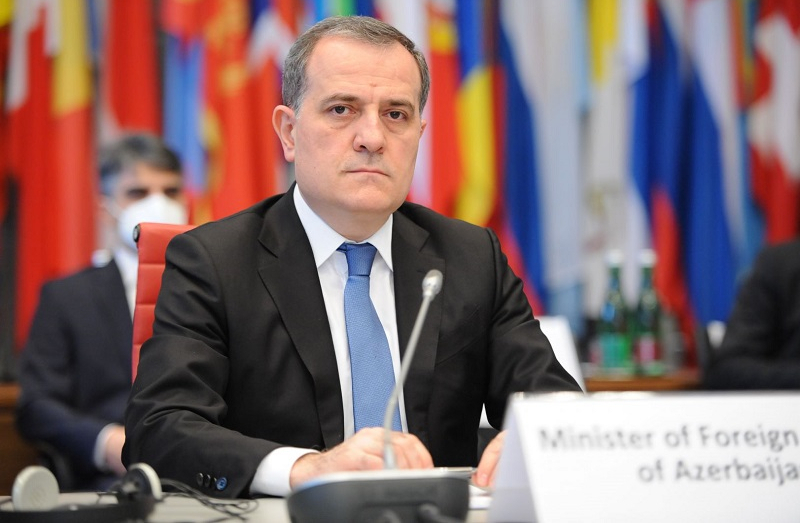 Azerbaijan’s Foreign Minister Jeyhun Bayramov announced the country’s priorities as Chair of the OSCE Forum for Security Cooperation (FSC) during the FSC opening session on Wednesday.

Minister Bayramov underlined that unconditional respect for the fundamental norms, principles, and commitments enshrined in core OSCE documents, starting from the Helsinki Final Act, in particular respect for the sovereignty, territorial integrity, and inviolability of internationally recognized borders of States, remain the basis for co-operation both within the OSCE as a whole and the FSC in particular.

The top diplomat noted that Azerbaijan remains unwavering in its unequivocal support to these principles and proceeds from an understanding that it should be our common highest endeavor to uphold these principles and ensure strict compliance with them whenever they are threatened or challenged.

Pointing to the nexus between compliance with fundamental OSCE principles and politico-military commitments, Minister Bayramov highlighted that the implementation of these commitments in good faith could contribute substantially to peace, security and stability in the OSCE region only if accompanied by unconditional respect for the aforementioned fundamental principles and commitments.

“Only such an approach by participating States could restore trust and confidence among them, reinvigorate the application of politico-military instruments, enhance predictability and transparency, avoid threat multiplication effects and aggravation of threat perceptions, and by so doing underpin peace and stability in the OSCE region,” Bayramov said.

Azerbaijan’s FSC Chairmanship program will cover important and timely topics such as compliance with international humanitarian law and the protection of civilians; humanitarian mine action; small arms and conventional ammunition; the role of non-aligned countries in the European security architecture; countering terrorism; United Nations Security Council Resolution 1325 on women, peace and security; arms control and confidence- and security-building measures; and post-conflict rehabilitation and peacebuilding.

Minister Bayramov drew attention to the threats and risks mines pose to populations in participating states. He underscored the need to mitigate these threats through the implementation of the OSCE’s practical assistance mechanism, which could also facilitate the return of internally displaced persons to their homes in safety and indignity.

The minister also touched upon a security dialogue that will be dedicated to the role of non-aligned countries, including Azerbaijan, in the European security architecture.

“Azerbaijan has always regarded the OSCE as a major pillar of the pan-European security architecture and valued the Organization’s role as indispensable for the realization of the vision for Europe without dividing lines and zones of influence. Amidst the continuing erosion of multilateralism and growing rivalry among politico-military blocks, the indivisibility of security underpinned in fundamental OSCE documents needs to be upheld,” Minister Bayramov added.

The Chairmanship of the Forum for Security Co-operation rotates three times a year. It takes the lead in setting the agenda for each meeting of the Forum and brings attention to issues concerning the implementation of commitments adopted by the Forum. Azerbaijan last chaired the FSC in 2005. 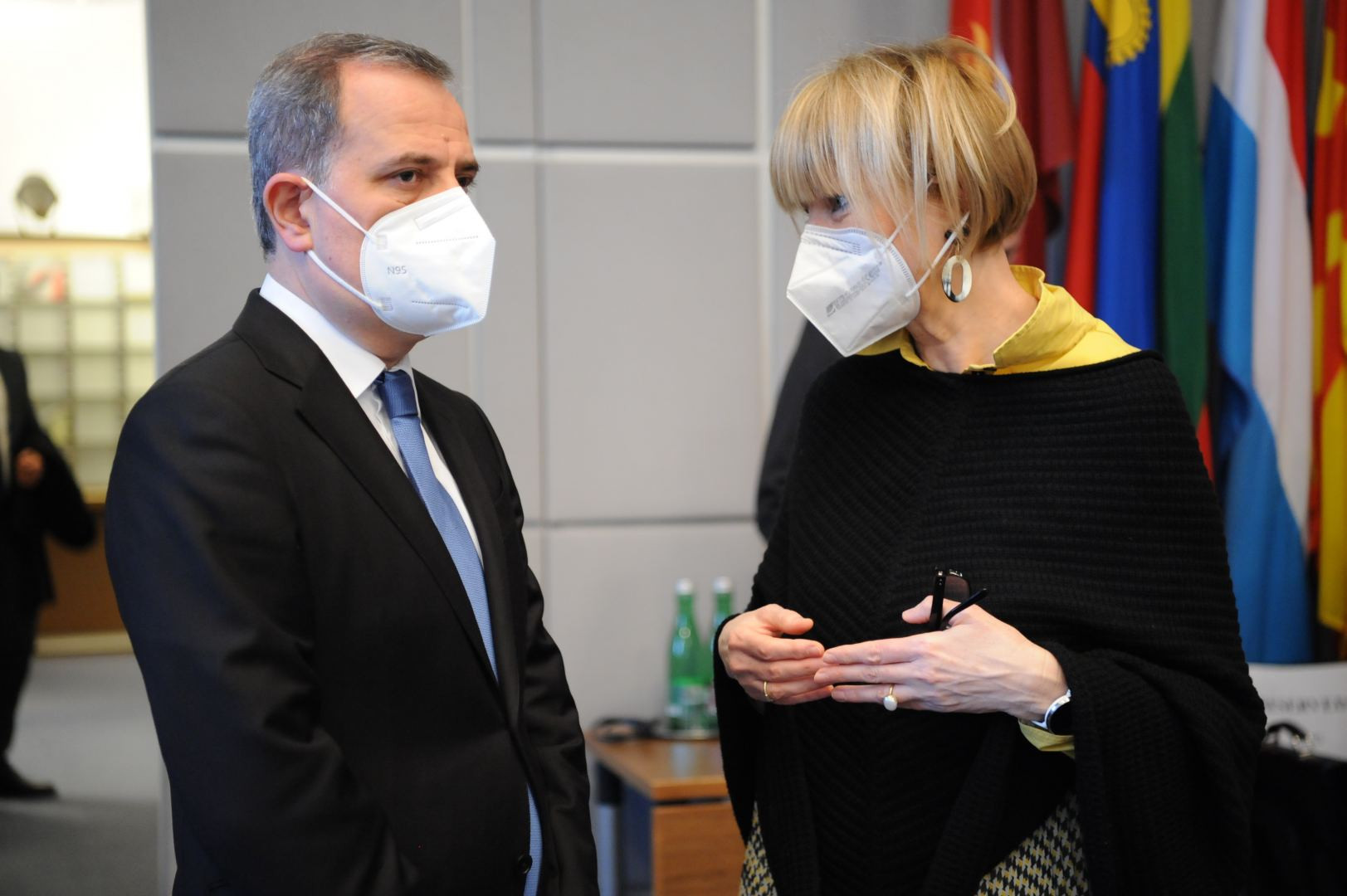 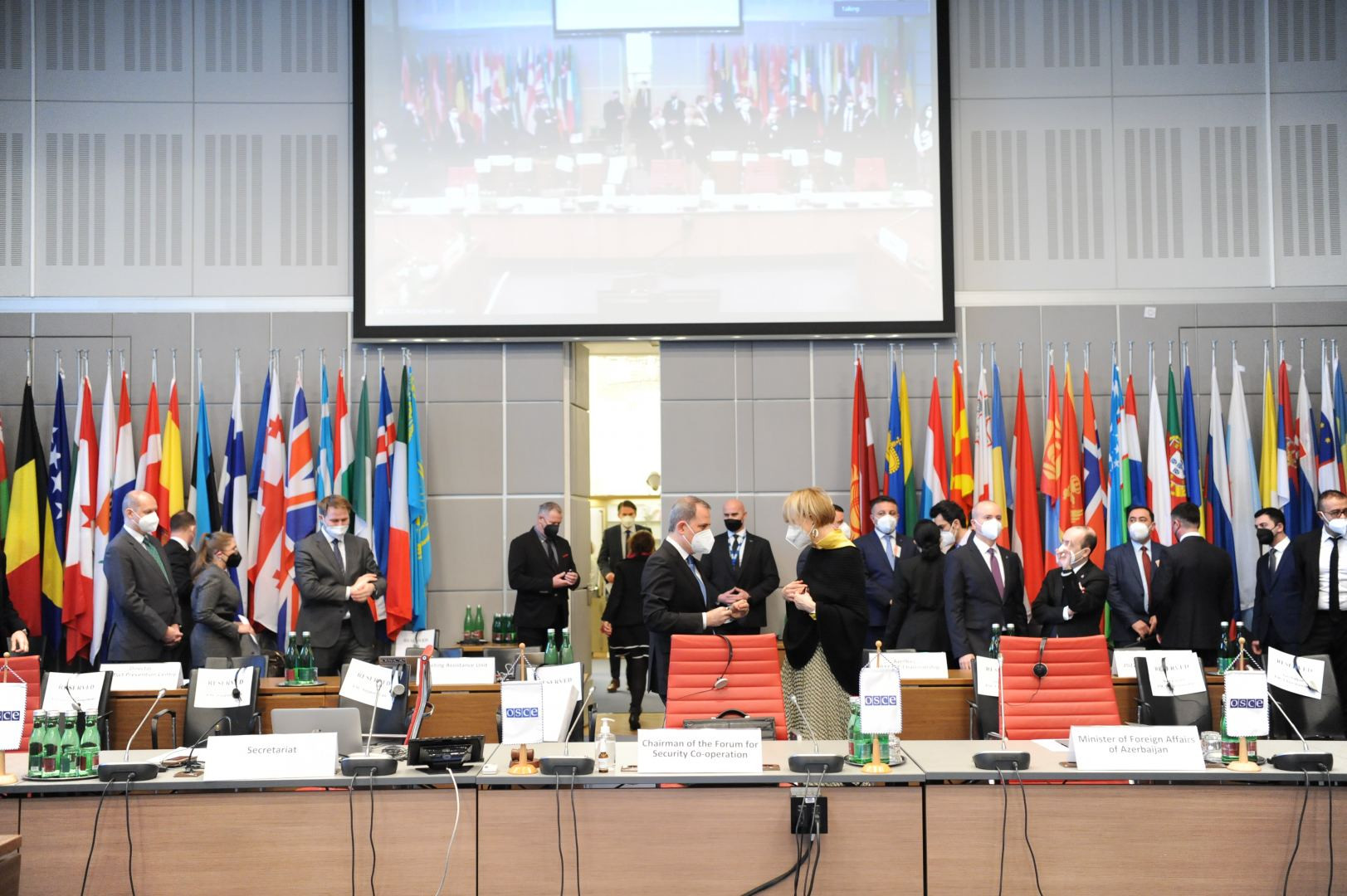