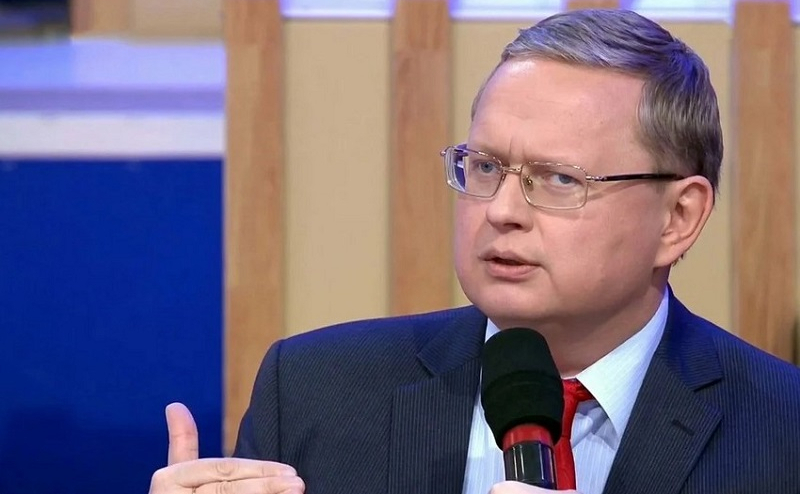 Azerbaijan’s Prosecutor General’s Office has initiated a criminal case against Mikhail Delyagin, a member of the Russian State Duma, for his provocative remarks on Azerbaijan.

The Russian lawmaker faces charges under Article 101.2 (open calls through the media and by an official to wage an aggressive war), 214.2.3 (threat with committing an act of terrorism with the use of firearms and objects used as weapons), 283.2.1 and 283.2.2 (incitement to national hatred by threatening to use force and using one's official position) of the Criminal Code of Azerbaijan, the Prosecutor General’s Office told News.Az.

Given sufficient evidence justifying charges brought against the accused, on March 29, 2022, Mikhail Delyagin was charged under the articles above, and through Interpol channels, was put on the international wanted list with arrest imposed as a measure of restraint against him.

On March 28, 2022, during a program aired on the Russia 1 TV channel, Mikhail Delyagin, openly calling for waging an aggressive war against the Republic of Azerbaijan, made a provocative statement about the use of tactical nuclear weapons to destroy the energy infrastructure and oil industry of our country, and in this regard conducted a public opinion poll on the social media platform.

At the same time, requests were addressed to the relevant competent authorities of a number of partner states to ensure the immediate detention of the accused upon his entry into the territory of these countries and his extradition to Azerbaijan for bringing to justice.

The Prosecutor General's Office warned that the measures provided for by law will be taken in connection with any provocative actions against the national interests, security and territorial integrity of Azerbaijan.