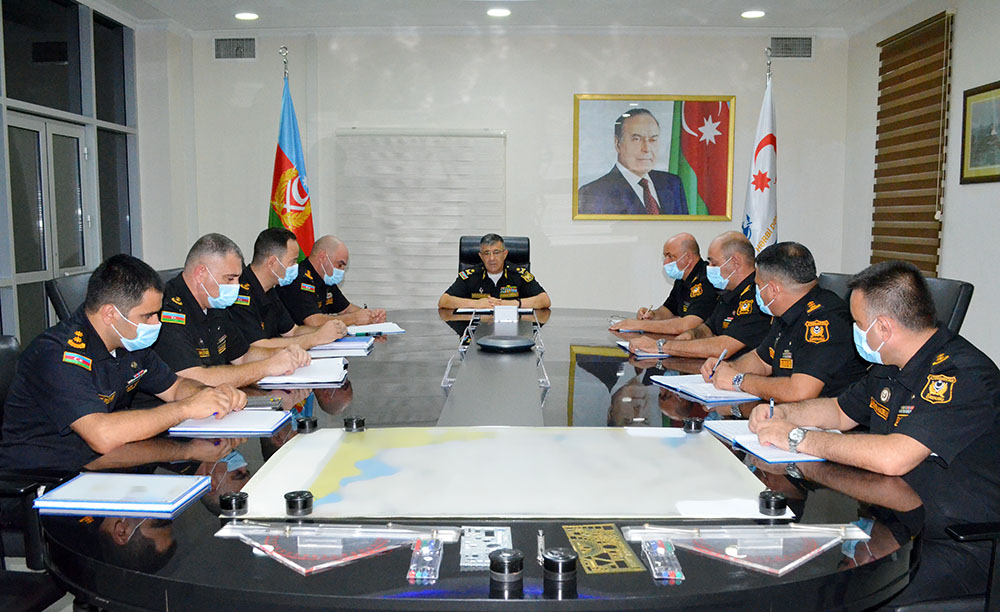 In accordance with the combat training plan for 2022, approved by Azerbaijani Defense Minister, Colonel General Zakir Hasanov, Command-Staff Exercises are being held at the Naval Forces, the Defense Ministry told News.Az.

During a briefing conducted regarding the start of the exercises, the Commander of the Azerbaijan Naval Forces, Rear Admiral Subhan Bakirov, heard reports on the progress of the exercises and the upcoming activities to be carried out.

It was noted that the main objectives of the exercises are improving the practical skills of commanders and staff officers in prompt decision-making and effective use of available forces in various conditions occurred during the organization and conduct of the battle, including increasing a military personnel’s knowledge and skills.