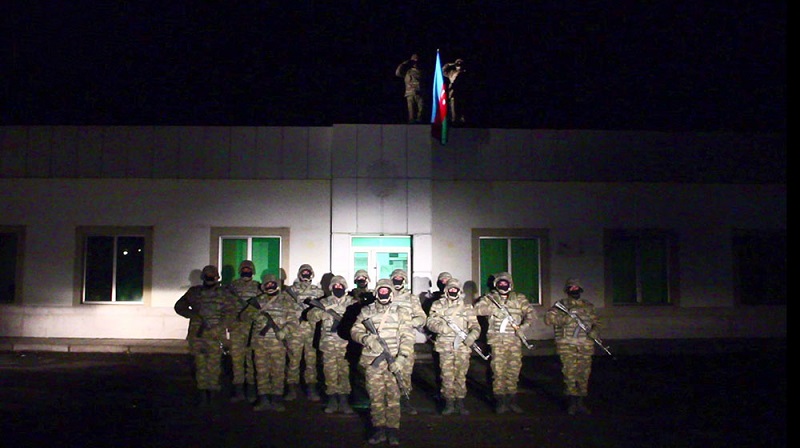 A year has passed since the liberation of Azerbaijan's Lachin district from the Armenian occupation.

Under a trilateral statement signed on November 10, 2020, by President of Azerbaijan Ilham Aliyev, President of Russia Vladimir Putin and Prime Minister of Armenia Nikol Pashinyan, the Lachin district was cleared of the armed forces of Armenia and returned to Azerbaijan on 1 December.

Lachin was occupied by the armed forces of Armenia on May 18, 1992. Armenian occupants destroyed and plundered hundreds of cultural and household objects, dozens of settlements, villages and historical monuments in the region.

As a result of the occupation, 63,341 Azerbaijani citizens were expelled from their homeland, more than 300 military personnel and civilians were killed and disappeared without a trace. On the territory of the district, 8950 buildings were occupied, including 7 industrial and construction enterprises, 471 service points, 154 schools, hundreds of historical and cultural monuments.

According to the Ministry of Ecology and Natural Resources, on the territory of the Lachin district there are 3 mercury deposits (Narzanli, Chilgazchay, Saribulag) with total reserves of 1,124 tons, Gochaz marble limestone, suitable for the production of facing stone, with reserves of 2,533 cubic meters, 2 tuffs (Agoglan, Ahmadli), suitable for the production of sawn stone, 2 colored decorative stones, volcanic ash and other natural resources.

In addition, the Garagol State Nature Reserve and the State Nature Reserve are also located in the Lachin district, the reserve with a total area of 240 hectares has vegetation of 68 species and 27 families. Rare species of fauna, such as roe deer, goat, wild boar, bear, blackbird, partridge, blackbird, inhabited the territory of the State Reserve, created in November 1961 to protect and increase the number of animals and birds. During the survey of the reserve in 1989, 96 mountain goats (bezoar goats), 360 wild boars, 320 roe deer, 110 bears were recorded, as well as a large number of wolves, badgers, squirrels, pheasants and partridges.

For 28 years, Armenia ignored the norms of international law and UN resolutions on the unconditional withdrawal of Armenian troops from the occupied Azerbaijani lands.

As a result of the counter-offensive operation launched on September 27, the Azerbaijani army fulfilled the mission unfulfilled by the UN Security Council and restored historical justice, liberating our lands, which had been occupied for almost 30 years

According to the trilateral statement, Aghdam was returned to Azerbaijan on November 20, Kalbajar on November 25, and Lachin on December 1.