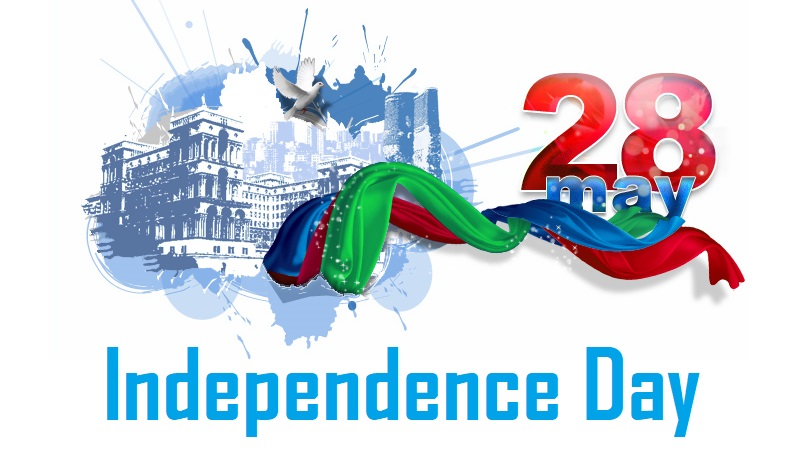 104 years ago the first democratic republic was established in the Muslim East.

The establishment of the Azerbaijan Democratic Republic (ADR) was announced on May 28, 1918, in Tbilisi (Georgia) by the National Council of Azerbaijan, chaired by Mahammad Amin Rasulzade, in the building of the Caucasus Viceroyalty.

The Declaration of Independence of the National Council of Azerbaijan stated:

"Beginning from today, as the people of Azerbaijan have the power, Azerbaijan which covers the South-Eastern Transcaucasia is a full-fledged independent state;

The form of government of the independent Azerbaijani state is the Azerbaijan Democratic Republic;

The Azerbaijan Democratic Republic is going to establish kind friendly relations with all the nations, in particular, with the neighboring nations and states;

The Azerbaijan Democratic Republic regardless of nationality, religion, class, or gender provides all the citizens living within its borders the political rights and citizenship right;

The Azerbaijan Democratic Republic creates wider opportunities within its territory for all nations for free development;

At that meeting of the National Council of Azerbaijan, the composition of the first interim government of the Popular Front led by the neutral Fatali Khan Khoyski was approved.

The composition of the first government was as follows:

As Baku was under the control of Bolshevik-Dashnak forces under the leadership of Stepan Shaumyan at the time of the proclamation of the Popular Front, the Azerbaijani government temporarily operated in Ganja. On September 15, 1918, after heavy fighting, units of the APFP National Army and the Caucasian Islamic Army led by Nuru Pasha liberated Baku from Bolshevik-Dashnak and British troops. After that, the Azerbaijani government moved to Baku.

More than 270 bills were submitted to the parliament, of which about 230 were adopted. MPs from 11 factions and groups took part in the preparation, discussion, and approval of parliamentary laws. There were 11 commissions in the parliament.

AXC has achieved great success in its short life. For the first time, a republic that recognizes women's suffrage and ensures gender equality, building a national army, issuing a national currency, establishing a national bank, democratization, free elections, international relations, and official recognition of Azerbaijan's independence by the international community, ensuring Azerbaijan's integrity, economic reforms have done great work in conducting and other areas. Unfortunately, the Popular Front, which lasted only 23 months, was overthrown on April 28, 1920, as a result of the Bolshevik occupation.