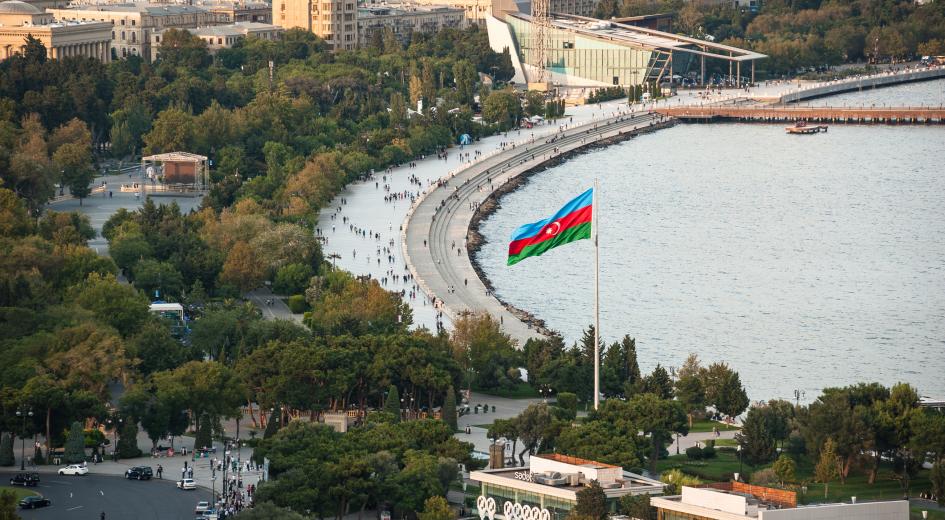 The article by Anthony B. Kim, research manager and editor of the Index of Economic Freedom, reads: Until the global economy was hobbled by the coronavirus pandemic, oil production was booming in Azerbaijan.

The country’s vast hydrocarbon and other natural resources—the backbone of its economy—were enabling it to serve as a significant alternative to Russia for oil and gas. That in turn has helped Europe’s energy security and, by association, the security of the United States.

American energy companies, drawn by the steady economy and commitment to economic freedom and the rule of law, have been involved with oil and gas exploration and extraction in Azerbaijan since the 1990s.

Regrettably, Azerbaijan’s economic growth horizon, like those of other oil-producing countries around the globe, is now clouded with uncertainty as a result of low global demand and low energy prices because of the coronavirus pandemic.

The unprecedented slowdown is putting economic freedom at risk in Azerbaijan.

Eventually, the virus will be conquered, and the measures needed to realize greater economic freedom will be more important than ever.

Azerbaijan is on the right track to recover quickly and forcefully, and it should not retreat from its pursuit of economic freedom.

Azerbaijan registered the sixth-largest gain in economic freedom of any country in the world over the past year, according to The Heritage Foundation’s 2020 Index of Economic Freedom.

The country’s global ranking rose 16 places in the 2020 index as a result of improved ratings for business freedom, investment freedom, and fiscal freedom.

Azerbaijan stands at 24th among 45 countries in the Europe region, with its overall score just below the regional average, but well above the world average.

With an upward trend of economic freedom since the country was first included in the index in 1996, Azerbaijan is now on the verge of joining the ranks of the mostly free.

Over the past decades, it has succeeded in reducing its poverty rate and directed revenues from its oil and gas production to develop more modern and much-needed infrastructure. That achievement is even more impressive when considering that almost 20% of Azerbaijan has been under Armenian occupation since the early 1990s. Consequently, much of the national attention and a lot of its resources are devoted to the prolonged conflict.

The progress has been noticed and welcomed in Washington, especially in light of America’s economic and energy ties to Azerbaijan.

The strategic importance of the country is undeniable. Its capital, Baku, is the largest port on the Caspian Sea and an important transportation hub for goods shipped between Europe and Central Asia.

In the longer term, falling hydrocarbon revenues should provide a timely reminder to policymakers in Baku of the need to improve institutional effectiveness and advance ongoing structural reforms.

Azerbaijan’s economic competitiveness would be enhanced if long-standing shortcomings identified over the years by the index—including in judicial effectiveness, government integrity, and market openness—were addressed.

Azerbaijan, the only country in the world that borders both Russia and Iran, seeks to broaden its relations with the West as a balancing factor.

Economically—and in the energy sector especially—Azerbaijan is an important regional stakeholder. A trans-Caspian pipeline to bypass Russia and get more oil from the Caspian’s eastern shore to global markets would have many benefits for the region as well as for the U.S.

To that end, The Heritage Foundation has proposed installing an interconnector between two offshore gas fields in the Caspian Sea—Azerbaijan’s Azeri Chirag Gunashli and Turkmenistan’s Banka Livanova—as a steppingstone to a full trans-Caspian pipeline.

Azerbaijan has been and will continue to be a country of geopolitical importance and economic competition. More than ever, continuing to adopt reform measures and advance economic freedom in a time of uncertainty is critical to Azerbaijan.

Washington can help its important partner in the Caspian Sea area by increasing the frank, open, and constructive dialogue between the two countries on issues of mutual concern.