Azerbaijan makes progress on the reconstruction of territories (OPINION) 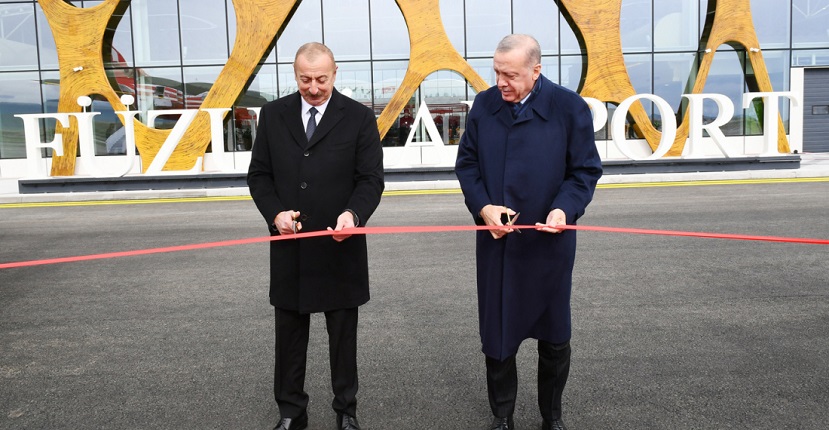 KarabakhSpace.eu has published an article entitled “Azerbaijan makes progress on the reconstruction of territories.”

News.Az presents the article by Vasif Huseynov, a Senior Advisor at the Center of Analysis of International Relations (AIR Center).

Although the tragic situation in the formerly occupied territories of Azerbaijan was more or less known during the period they were under the Armenian control (1992-2020), the liberation of the region came as a shock to most Azerbaijanis who had no physical access to the area before. Entire cities and villages, where up to 700,000 people used to live in peace and prosperity, had turned into debris after the First Karabakh War of the early 1990s. All the infrastructure, residential and administrative buildings, schools, libraries, hospitals, museums, religious sites – in a word, everything – has been demolished or dismantled, and the materials were sold abroad. Azerbaijan is, however, determined that life will be restored in the liberated lands which were once some of the most prosperous parts of the country.

The reconstruction of the liberated territories is a costly and lengthy process which is being carried out in the face of a number of challenges. On the one hand, the contamination of the region with landmines and other explosive materials and Armenia’s refusal to provide all accurate maps of the mined areas dramatically delay the reconstruction and increase its costs. On the other hand, the reconstruction of the cities and villages from scratch requires huge financial resources – from some initial estimates, more than 10 billion dollars – which will take several years for Azerbaijan to deliver. Azerbaijan’s President Ilham Aliyev, in a recent visit to the Karabakh region, stated that Azerbaijan will rebuild the liberated territories at its own expense, “without asking anyone, without taking any loans”. Azerbaijan allocated AZN 2.2bn (€1.1bn) for the reconstruction in the liberated territories in 2021. These funds were primarily earmarked for the restoration of infrastructure (electricity, gas, water, communications, roads, education, health, etc.), as well as cultural and historical monuments. Azerbaijan is planning to allocate the same amount of funds from the state budget for this purpose in 2022.

On 20-22 October 2021, the first exhibition of “Rebuild Karabakh”, dedicated to the restoration and development of the liberated Karabakh, was held in Baku where the products of 279 companies from 17 countries were exhibited. Five national pavilions from Germany, Georgia, Israel, Hungary and Turkey participated in the exhibition. Particular attention was paid to the “green energy” and “smart village” projects, and water facilities. With the existence of 167 precious metal deposits in the Karabakh region, the 7,200 MW of solar and 2,000 MW of wind energy potential per year, and remarkable tourism potential, the liberated territories are attracting some international interest, and promise to become an economic centre of Azerbaijan in the near future.

In all, over the last year, Azerbaijan has made remarkable progress towards rebuilding. Apart from the Fuzuli International Airport, the opening of which was held with the attendance of Turkey’s President Recep Tayyip Erdogan on 26 October, Azerbaijan has already laid the foundation for two other such airports in the Zangilan and Lachin districts. It is expected that these airports will boost the economy and tourism in the region.

According to the latest figures, the roads under construction cover up to 800 kilometres connecting various parts of the Karabakh region with the rest of Azerbaijan. One landmark highway project is the Toganaly-Kalbajar-Istisu highway (80.7 km) connecting the Goygol and Kalbajar districts, which passes over the Murovdag ridge at the height of 1,700m to 3,250m. The project includes an 11.6km tunnel for which a ground-breaking ceremony was held in August with the attendance of President Aliyev.

Azerbaijan is also building railways in and towards the liberated territories. The works are underway in the reconstruction of the Barda-Agdam (47.1km) and Horadiz-Agband railway lines (110.4km) and construction of a new Fuzuli-Shusha railway line (83.4km). The conceptual design of a new railway line connecting the Delimamadli and Kalbajar districts was developed in October 2021. The Horadiz-Agband railway is of special geostrategic importance as it will connect the towns of Horadiz (Fuzuli district) and Agbend (Zangilan district). Agbend is located in the southwesternmost part of mainland Azerbaijan, at the politically sensitive junction of the borders of Azerbaijan, Armenia, and Iran. The Horadiz–Agbend railway constitutes a part of a larger project to connect Azerbaijan proper with its exclave, the Nakhchivan Autonomous Republic, via the Syunik region of Armenia – the route which is called “Zangazur corridor” in Azerbaijan.

These projects will facilitate the quick rehabilitation of the territories where all the infrastructure and communication lines had been destroyed after they region came under Armenian control in the early 1990s. The first group of Azerbaijanis are soon expected to return to the Agali village of the Zangilan district. The village is currently under construction and being rebuilt in accordance with the principles of the “smart village” concept which includes latest technology such as renewable energy and digital services. The elements of the “smart village” and “smart city” concepts are planned to be implemented in the reconstruction of other territories as well. However, for most other regions, longer time will be required to get ready for the resettlement of the former residents. Azerbaijan is hopeful that the rebuilding process will be completed soon and all the IDPs who were expelled from their homeland in the early 1990s will be able to return home.