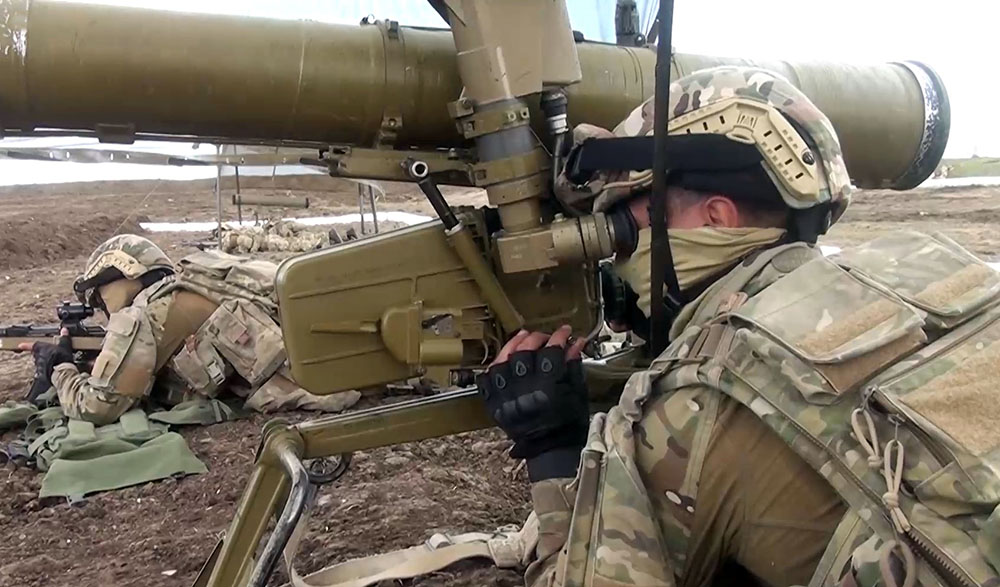 In accordance with the combat training plan for 2022 approved by Azerbaijan’s Minister of Defense, exercises of Special Forces military units have started in the territories near the country’s southern borders, the Defense Ministry told News.Az.

In accordance with the plan of the exercises conducted under the leadership of the Commander of the Special Forces Lieutenant General Hikmat Mirzayev, military units were put on alert.

After the special forces left the points of permanent deployment and were withdrawn to operational areas, the commanders’ reports were heard and the tasks were clarified. The units and subunits of the Air Force and Rocket and Artillery Troops involved in the exercises were assembled at designated airfields and areas.

Interoperability with other types of troops is organized.

According to the plan, at the next stages of the exercises, units of the Special Forces will fulfill several tasks in cooperation with the units of the Air Force and Rocket and Artillery Troops providing support to them.

It should be noted that as part of the exercises, an inspection of the special training of Special Forces Units is held.