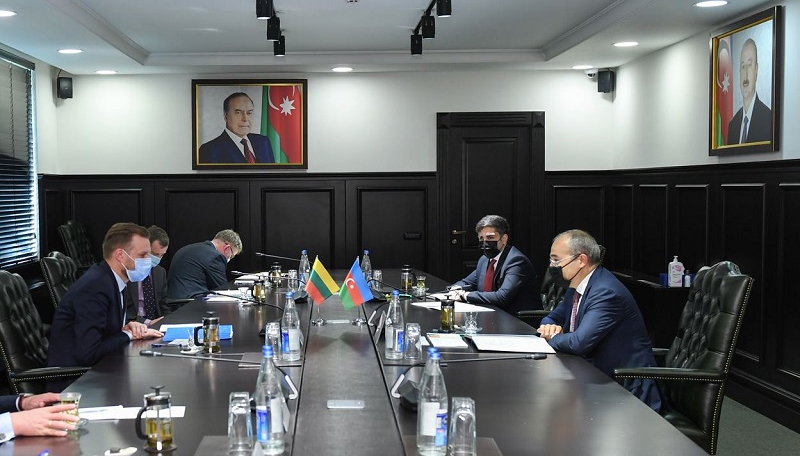 The parties discussed the prospects for the development of Azerbaijani-Lithuanian economic cooperation, the Ministry of Economy told News.Az.

Besides, the meeting participants said that work is underway to improve the legal framework for expanding cooperation between the two countries in the spheres of politics and economy.

Cooperation between Azerbaijan and Lithuania within the framework of the Eastern Partnership is aimed at deepening trade and economic ties and supporting the implementation of projects in various fields.

Jabbarov said that Azerbaijan is interested in expanding trade and economic ties with Lithuania.

"Despite the difficulties caused by the COVID-19 pandemic, trade between our countries grew in 2020 and in the first quarter of 2021," he added.

In turn, Landsbergis spoke about the most interesting areas for the development of trade and economic partnership between the two countries.