Azerbaijan is one of the countries which is very attractive for foreign investments, President says 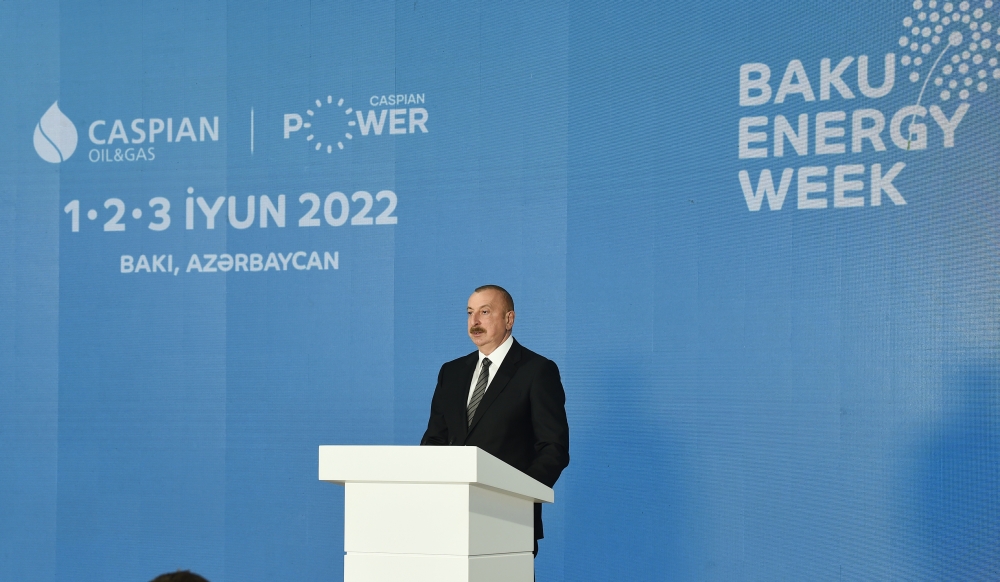 "We are ready to cooperate with every company, with every country, which also wants to be with us on this important time when geopolitical situation in the world is completely different from what it was several months ago. But at the same time, all that what I'm saying now, is important also for our internal development and energy factor, energy diplomacy, and project strengthen our economic potential," President of Azerbaijan Ilham Aliyev said addressing 27th International Caspian Oil & Gas Exhibition on the sidelines of the Baku Energy Week, News.az reports.

"They allow us to re-channel the funds which we accumulate from oil and gas sales to non-energy sector of our economy. In parallel with very, I would say, brave economic reforms. And we see the results. I can just give several figures of this year. Our GDP this year grew 7.2% and in non-oil sector more than 11%, non-oil industry more than 15%. So, these are all the reflection of reforms and also re-channeling the funds which we accumulated. In other words diversification is not only for energy supply, but diversification is for our economy. We are achieving that, and today business climate in Azerbaijan, I think, is absolutely a good example of how it should be," said President Ilham Aliyev.

According to the head of state, today Azerbaijan is one of the countries which is very attractive for foreign investments: "Because as I said before, first, we have great experience in oil and gas. We value our partnership with traditional companies. We never violated any word in the contract which we signed. We enjoy rapid development and of course, reconstruction in Karabakh and Zangazur will add economic potential. Of course, very low foreign debt, which is only 12.5% of GDP, also creates good economic environment.

We can attract more loans, which just don't do it because we don't need it. We want to reduce foreign debt to GDP down to 10%. That was my instructions to our government. But in the meantime, when we see, or if we see that there are projects of global importance, and the projects are important for Azerbaijan, of course we will ask our traditional partners, leading financial institutions to help us. We have already a great experience in Southern Gas Corridor and other projects.

So, I think that I should conclude now. Probably, I talked too much, but that's probably because, we had a two-year break. And we missed this great event, which, as already was said, is the leading international energy event in the region. And I like once again, to express gratitude to our guests for being with us and wish Baku Energy Week success."