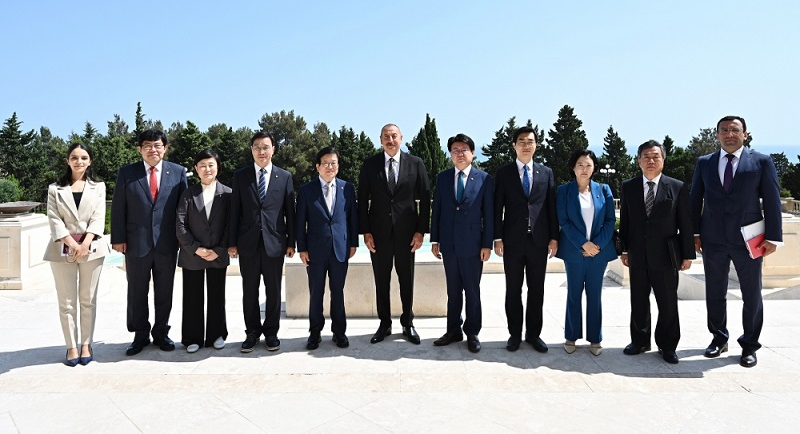 Azerbaijan has invited Korean companies to implement projects in its liberated lands, President Ilham Aliyev said as he received a delegation led by Speaker of the National Assembly of the Republic of Korea Park Byeong-seug.

The head of state noted that the two countries enjoy friendly relations.

“Korean-Azerbaijani relations have always developed successfully in the years of independence. High-level reciprocal official visits have been made and very important steps have been taken to develop our political relations,” he said.

“Of course, I am sure that the volume of economic and trade relations will increase in the future. We have invited Korean companies to implement projects in the liberated lands. I have repeatedly said that companies from countries that are friendly to Azerbaijan will participate in these projects. The volume of work to be done is very large. We need to rebuild 10,000 square kilometers,” the head of state added.