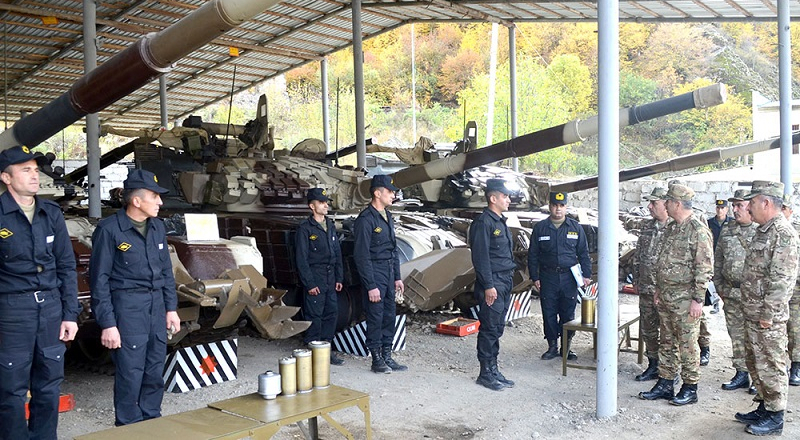 Defense Minister, Colonel General Zakir Hasanov was informed that the barracks and office premises in the military units were provided with an uninterrupted heating system, and the transition of weapons and equipment to the autumn-winter season has been organized for the exploitation condition.

The provision of military personnel with food and warm clothing was carried out in accordance with the standards. The units deployed in high mountainous and harsh climatic areas have been supplied with extra provisions.

It was noted that in order to ensure the uninterrupted and stable operation of weapons and equipment during the winter, all military units were provided with high-quality fuel and lubricants, other necessary spare parts, and equipment in a centralized manner. The fuel and lubricants of military equipment and vehicles have been changed in accordance with the seasonal requirements and are ready for operation in a difficult and cold climate.

The minister was informed that all the necessary measures were taken to increase the combat capability of military units, ensure uninterrupted operation in harsh climatic conditions, mountainous areas day and night, as well as maintain a high level of combat readiness. It was reported that in order to improve the conditions of the personnel’s service, the installation of new modular containers equipped with all kinds of inventory is underway.

Moreover, detailed information on the work of the Units of Engineer Troops in cooperation with other government agencies on the construction and restoration of roads in difficult terrain was provided.

Minister Hasanov gave relevant instructions to provide the Azerbaijan Army personnel with fresh and high-calorie food, accelerate the construction of settlements and constantly improve the social and living conditions of servicemen.