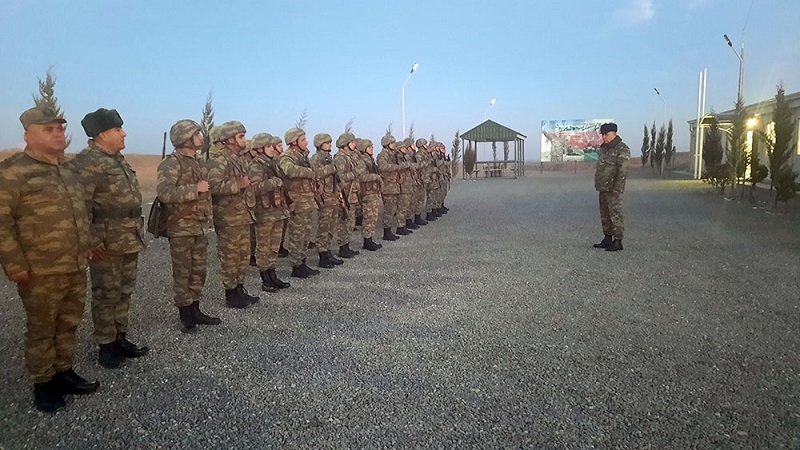 The Chief of General Staff got acquainted with the organization of military service and combat duty, as well as the social and living conditions of personnel.

It was noted that due to the attention and care of President, Supreme Commander-in-Chief of the Armed Forces Ilham Aliyev, all necessary conditions have been created to ensure a high level of combat readiness of units. Valiyev enquired about concerns of the personnel and wished the servicemen success in the service.

Then the Chief of General Staff took part in a meeting with military unit commanders and their deputies.

Flowers were laid at the bust of the national leader Heydar Aliyev in the territory of a military unit, his memory was honored.

It was noted that the main objective of the sessions is to improve the officers' theoretical knowledge and professionalism in conducting modern military operations, as well as decision-making and organizational skills during combat operations.

The Chief of General Staff conveyed the importance of implementation of the forthcoming tasks in the Azerbaijan Army under the leadership of President, Commander-in-Chief of the Armed Forces Ilham Aliyev, as well as, instructions of the Defense Minister on further increasing the level of capability of troops to the command staff.