Azerbaijan, Indonesia have opportunities for growth of bilateral trade: minister 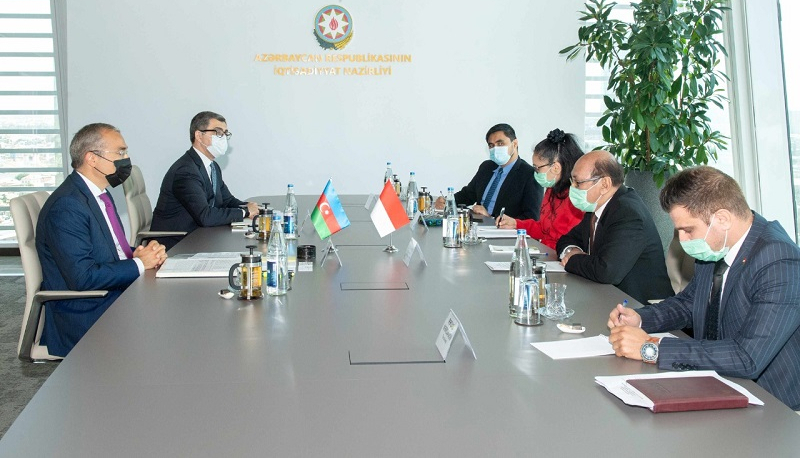 Azerbaijan and Indonesia have opportunities to increase bilateral trade, the Azerbaijani Economy Minister Mikayil Jabbarov said at a meeting with the newly appointed Indonesian ambassador to Baku, Hildi Hamid, the Ministry of Economy told News.Az.

According to Jabbarov, trade is one of the main directions of economic cooperation between the two countries, and in the first five months of this year, the trade turnover between Azerbaijan and Indonesia increased by 64 percent compared to the same period last year - up to $27 million.

He stressed that Azerbaijan highly appreciates the decisive position of Indonesia in relation to the occupation policy of Armenia and support for the territorial integrity of Azerbaijan.

The minister also emphasized Azerbaijan's interest in expanding ties with Indonesia and the importance of strengthening the legal framework for the development of cooperation.

The ambassador shared his opinion about the development of bilateral trade and economic ties, noting the interest of Indonesian companies in cooperation with Azerbaijan in the transport and textile spheres, as well as on projects that will be implemented in the liberated territories [liberated from Armenian occupation in the 2020 Karabakh war] in order to restore them.