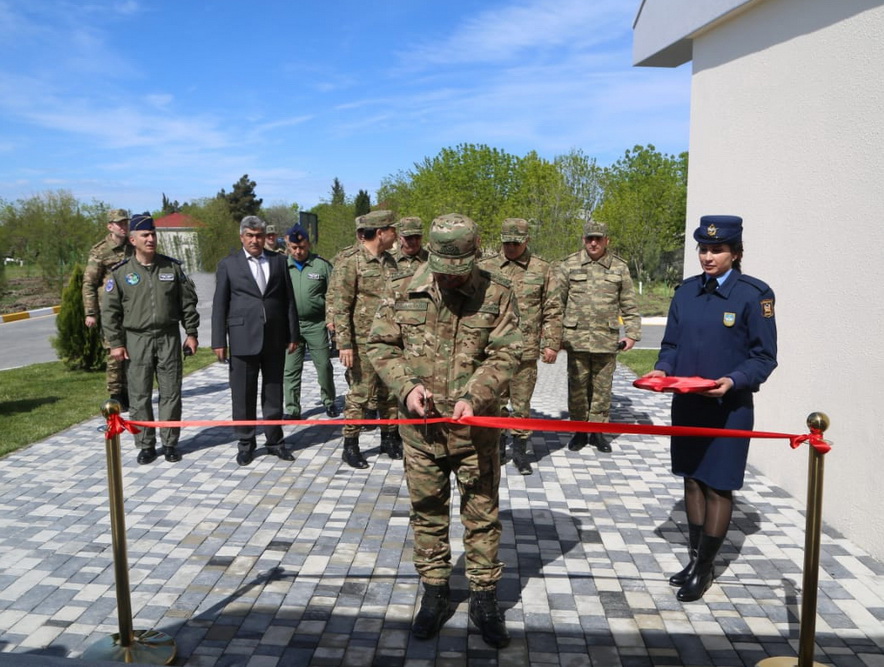 On the instructions of Azerbaijani President, Supreme Commander-in-Chief of the Armed Forces Ilham Aliyev, the activities are being carried out to increase the level of combat readiness and to improve the social conditions of the military personnel of the Air Force.

On April 24, Azerbaijani Defense Minister Colonel General Zakir Hasanov took part in the opening of the new joint command post of the Air Force Base and viewed the conditions created there.

The ministry’s leadership laid flowers at the bust of national leader Heydar Aliyev in the territory of military unit.

Minister Hasanov and the ministry’s leadership reviewed the new navigation system, designed to monitor and control flights, the training premises of the Air Force training ground, as well as other service and administrative facilities. The Minister watched the training sessions of combat crews of anti-aircraft missile systems, as well as the technical staff of the Air Defense units and Radio-technical units of the Land Forces, and also visited the control post of the S-125 anti-aircraft missile systems.

It was reported to the defense minister that the main purpose of the joint command post, equipped with modern equipment produced by companies of Turkey, Israel, USA, France, Great Britain, Norway and a some of other countries, is to control the flights of various types of military aviation, as well as to continuously ensure accurate and effective fulfillment of combat missions.

Then a detailed briefing on the activities of the joint command post was presented to the ministry’s leadership.

The defense minister also inspected the "Super Mushshak" aircraft and training rooms, brought to the attention of the servicemen the tasks on the development of military capability assigned by the Supreme Commander-in-Chief and gave relevant instructions to the command staff in connection with the increasing the combat readiness of military personnel and professionalism of military pilots.