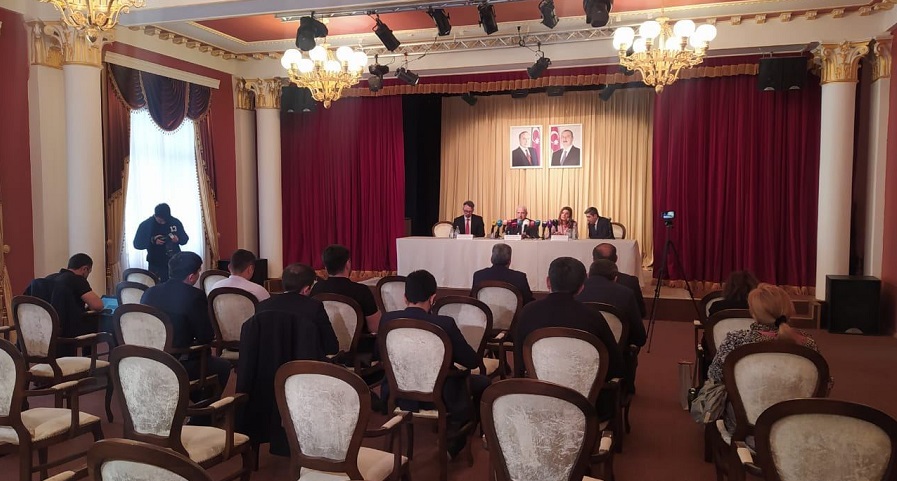 The announcement was made by Ismayil Akhundov, head of the State Commission’s Working Group, at a press conference, a correspondent of News.Az reports.

According to Akhundov, the document was signed by Chairman of the State Commission of Azerbaijan for Prisoners of War, Hostages and Missing Persons Ali Naghiyev and ICMP Director General Kathryne Bomberger in Baku on Monday.

Under the protocol, ICMP will assist Azerbaijan in finding the missing persons.

“Under the instruction of the Azerbaijani President, the State Commission of Azerbaijan for Prisoners of War, Hostages and Missing Persons has been tasked with exhuming the human remains found in liberated Karabakh,” Akhundov added.

Human remains have recently been discovered in the liberated Azerbaijani territories during the excavation work. The remains are believed to belong to Azerbaijanis who went missing during the First Karabakh War.

Director General of International Commission on Missing Persons Kathryne Bomberger is on a visit to Baku. Bomberger was today received by Azerbaijani President Ilham Aliyev. During the meeting, the director general expressed ICMP’s readiness to closely work with Azerbaijan to clarify the fate of missing persons.