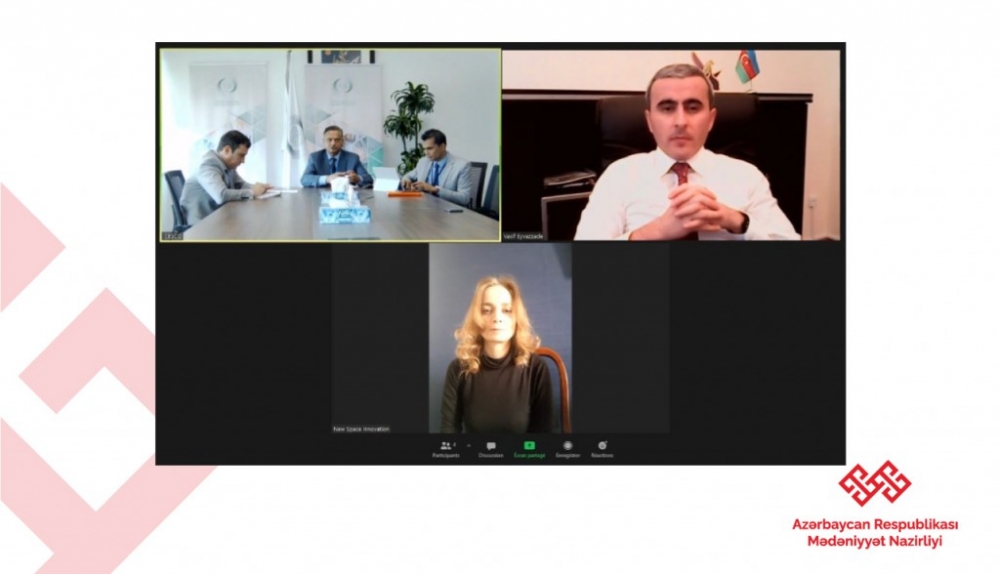 The Islamic World Educational, Scientific, and Cultural Organization (ICESCO) and the National Commission for Education, Science, and Culture of Azerbaijan held a meeting to outline the framework and explore the executive plans and the schedule of the programs and activities that the two parties will implement in the upcoming period in the fields of science, technology, and innovation, as part of the partnership relations between ICESCO and Azerbaijan.

During the meeting, the two parties discussed the organization of a training workshop in reverse engineering in Baku addressing the basics of devices and developing small tools, medical and biological equipment, and cutting-edge diagnostic devices, in terms of the fundamentals and designs.

The two parties also discussed the proposal for the implementation of a training program in Baku in July 2021, consisting of a three-day boot camp to train young people on ways to set up and develop small businesses in the field of technology and innovation. The program will also feature an accelerated six-week course where the beneficiaries will apply their training in starting up their own projects. The program will start in Azerbaijan in cooperation with the Azerbaijani ministries of Agriculture, and Transport, Communications and High Technologies, to be later implemented in 10 other countries.

The two parties also discussed the symposium that the Sector of Science and Technology will hold in Agadir, Morocco in June on Sustainable and Smart Cities.