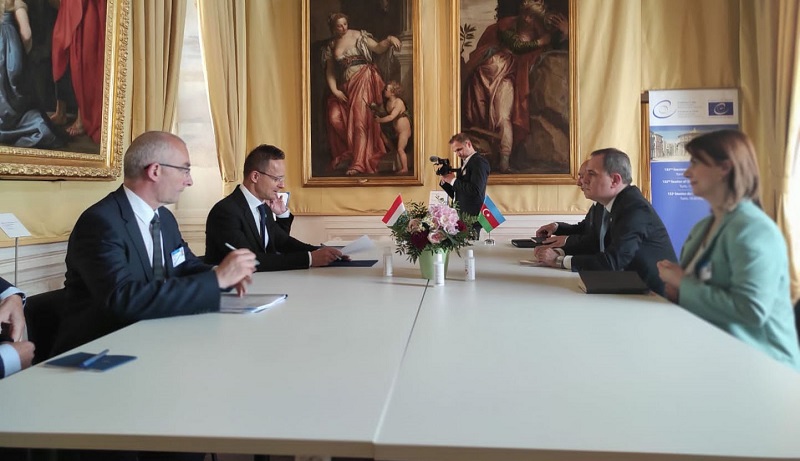 Azerbaijan’s Foreign Minister Jeyhun Bayramov held a meeting with Hungarian Minister of Foreign Affairs and Trade Péter Szijjártó on the sidelines of the 132nd Session of the Committee of Ministers of the Council of Europe (CE) in Turin on Friday, the Foreign Ministry told News.Az.

The ministers exchanged views on political and economic cooperation between the two countries, as well as issues of regional and international security.

Bayramov and Szijjártó praised high-level relations and political dialogue between Azerbaijan and Hungary. They pointed to the potential for further enhancing ties in economic, trade, humanitarian and other areas.

The sides also emphasized the importance of the Baku Energy Forum to be held on June 1-3, 2022, as well as Azerbaijan's role in ensuring the energy security of European countries.

During the meeting, other issues of mutual interest were also discussed.