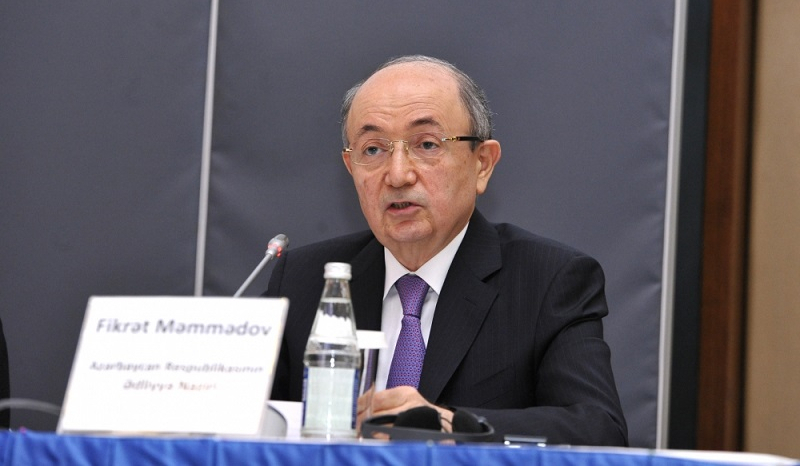 The modernization of judicial infrastructure and the establishment of hi-tech courts in Azerbaijan are always in the spotlight, the country’s Justice Minister Fikrat Mammadov said.

He made the remarks Tuesday at a presentation ceremony of the Council of Europe-Azerbaijan Action Plan 2022-2025, a correspondent of News.Az reports from the event.

Over the past year, with the involvement of the World Bank, new, modern buildings and complexes for 35 courts have been commissioned in Azerbaijan, which are equipped with the “Electronic Court” system, Minister Mammadov said.

The minister underlined the important role of the “Electronic Court” system in improving the functioning of courts and increasing transparency. He said the judicial reforms carried out in Azerbaijan are commended by international organizations.

He noted that Azerbaijan always remains committed to the ideas of humanism. “Over the past period, nearly 6,000 prisoners have been pardoned in Azerbaijan under the relevant decrees signed by President Ilham Aliyev,” the minister added.