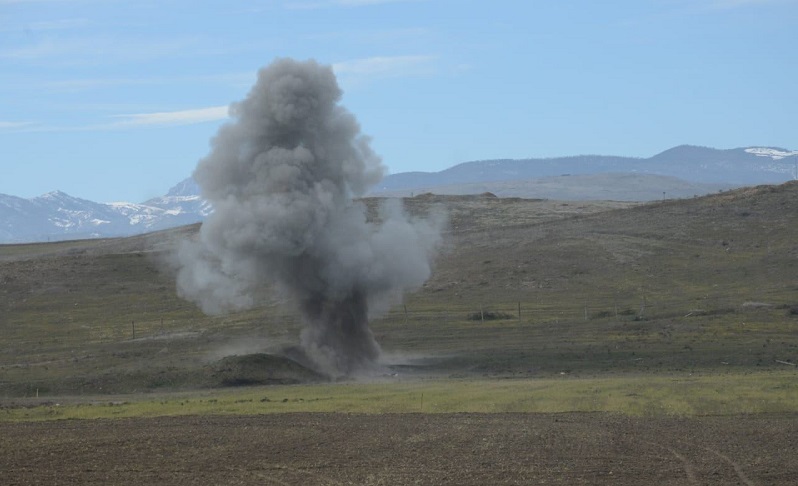 A criminal case has been filed on the fact of a mine explosion in Azerbaijan’s Jabrayil district, the Azerbaijani Prosecutor General's Office said on Monday.

On February 7, 2021, employees of the Jabrayil District Prosecutor's Office preliminarily investigated the situation when residents of the Fuzuli district Mehman Guliyev, Ilgar Ahmadov, and Mustagim Alasgarov were killed in an anti-tank mine explosion while driving a VAZ 2106 car with a state registration plate 99-NH-623.

While the representatives of the prosecutor's office and criminologists were inspecting the scene with the participation of a forensic expert, the body of 33-year-old Mehman Guliyev, as well as fragments of other bodies were found. The forensic genetic examination will be carried out to determine the belonging of these fragments to the bodies of Ahmadov and Alasgarov.

The intensive investigative and operational actions are being carried out.

The public will be provided with additional information about the progress and results of the investigation.