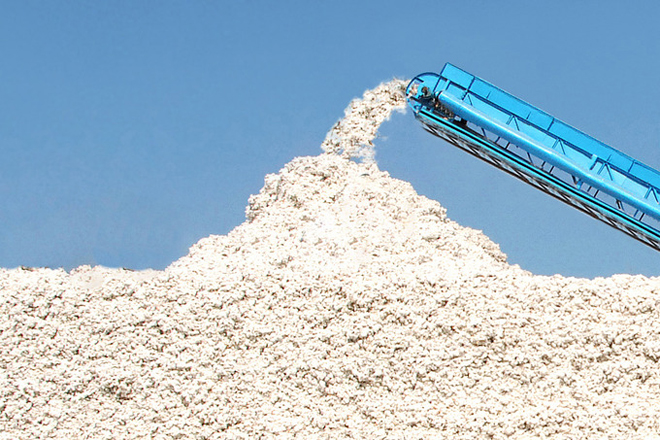 This year cotton has been planted on 132,500 hectares in 22 districts of Azerbaijan, and 260,000 tons of cotton are expected to be harvested by the end of the season, Azerbaijan’s Agriculture Minister Inam Karimov said Aug. 15.

He was speaking at a republican meeting in the Salyan district dedicated to fulfilling the tasks given at the meeting regarding the development of cotton growing held in Barda district March 26 with the participation of Azerbaijani President Ilham Aliyev, Azerbaijan’s Agriculture Ministry said in a message, Trend reports.

At the meeting held at the Heydar Aliyev Center, the minister of agriculture touched upon the comprehensive measures for the development of cotton growing in Azerbaijan, which have been held since 2016. He told about the policy of subsidies for cotton products, noting that with the support of the state, large-scale measures are being implemented to provide farmers with fertilizers, cars, and equipment. Presently, agrotechnical work on cotton growing continues.