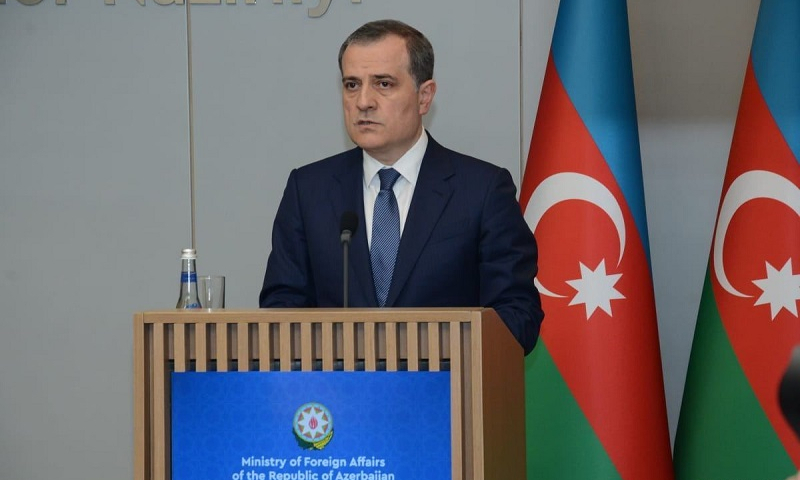 Azerbaijan expects the Armenian authorities, having analyzed the cause of the ongoing internal crisis, will draw a correct conclusion, said Azerbaijani Foreign Minister Jeyhun Bayramov.

Bayramov made the remarks at a joint press conference with Deputy Prime Minister, Foreign Minister of Kazakhstan Mukhtar Tileuberdi on Monday.

The Azerbaijani minister reminded that the snap parliamentary election was held in Armenia on June 20 and a government is expected to be formed.

Bayramov stressed that many people say the crisis in Armenia is caused by the country's defeat in the Second Karabakh War.

He noted that the reason for the deep crisis in Armenia, which has been violating international law for decades, is connected with its attempts to change the internationally recognized borders of countries by using force and its aggressive policy.

"The sooner it is recognized that there is no alternative to the relations based on the norms and principles of international law for the normal development of the regional countries, the sooner a good result will be achieved," Bayramov said.

Bayramov stressed that Azerbaijan's position on this issue is known.

"Azerbaijan supports the restoration of relations based on the inviolability of borders and respect for territorial integrity, relying on the norms and principles of international law,” he added. “Armenia's decision on this issue is its choice. We, in turn, believe that there is no alternative to the above-mentioned issue."