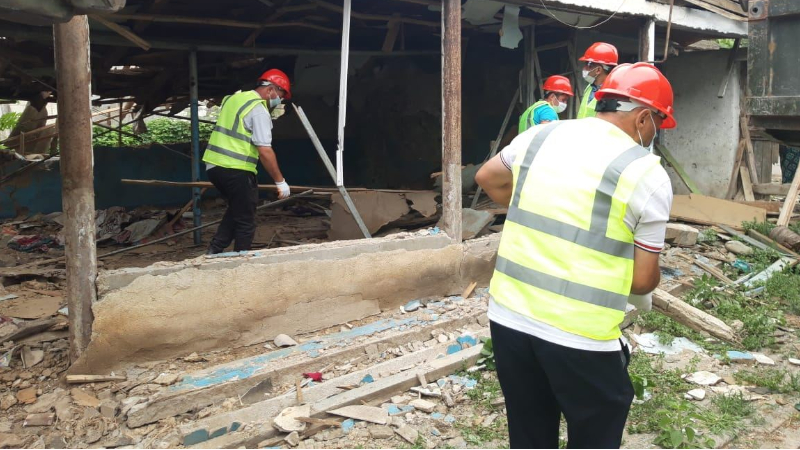 As a result of the intensive shelling of Azerbaijan’s Tovuz district by Armenian armed forces using large-caliber weapons and heavy artillery in July 2020, the civilian population and state property, including infrastructure, suffered serious damages, the press service of the Azerbaijani Ministry of Emergency Situations (MES) told Trend.

On August 6, the President of Azerbaijan signed a decree ‘On additional measures to eliminate damage caused to the civilian population and state property including infrastructure objects as a result of the intensive shelling of Azerbaijan’s Tovuz district by the Armenian armed forces'.

According to the decree, in order to eliminate the damage caused to the civilian population in Tovuz’s villages of Aghdam, Dondar Gushchu, Vahidli, Alibeyli, Yukhari Oysuzlu and Ashagi Oysuzlu by the intensive shelling by the Armenian armed forces, funds worth 1 million manat were allocated to the Ministry of Emergency Situations from the Reserve Fund of the President of Azerbaijan provided for in the state budget of Azerbaijan for 2020.

To address the issues arising from the decree, the Ministry of Emergency Situations immediately took appropriate measures. So, in the listed settlements, based on experts' conclusions, the demolition of houses, which had come to a critical condition, was started.

Furthermore, cleaning the territory for the smooth conduct of the operations as well as the repair and restoration works have begun. It is envisaged that the work will be completed in a short time, and with this purpose, sufficient equipment and manpower have been brought into the territory.

Residents of the villages express their gratitude to the head of state for the attention and care, the ministry stressed.