Azerbaijan does not want to see another imitation of negotiations with Armenia: Leyla Abdullayeva (VIDEO) 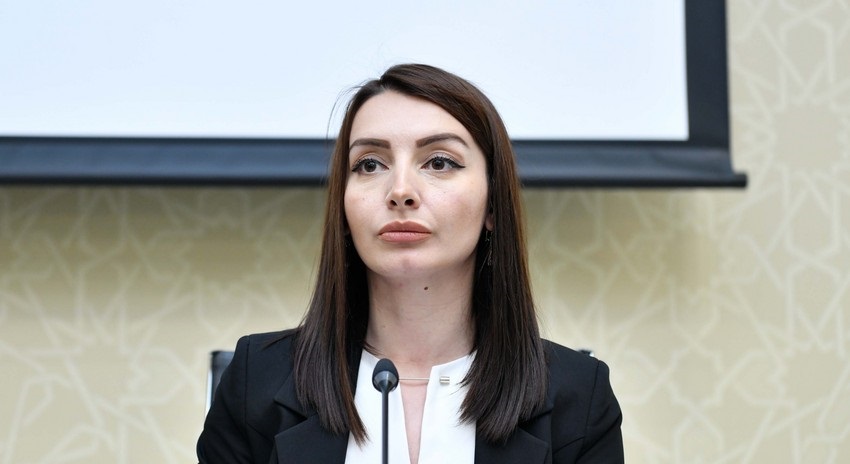 "Azerbaijan does not want to see another imitation of negotiations with Armenia, which has been happening for almost 30 years prior to the second Karabakh war," Head of the Press Service Department of Azerbaijan's Ministry of Foreign Affairs Leyla Abdullayeva said in an interview to ‘Musulmans de France’ online journal, News.az reports.

Abdullayeva noted that after the second Karabakh War has ended in November 2020, Azerbaijan has taken control of its territories, which have been under occupation for nearly 30 years.

In her words, notwithstanding the level of destruction imposed by Armenia on these lands, Azerbaijan was the side, which extended its hand of friendship to Armenia.

She also emphasized that the political will of both sides is very important.

“Azerbaijan has demonstrated that it is the country that has a political will, by extending a hand of friendship to Armenia, plus presenting and coming up with the initiative of the peace agreement. Azerbaijan also came up with founding principles upon which this peace agreement should be built. We show that we are serious on normalization of relations,” she noted.

However, she added that Azerbaijan does not want the repeat of negotiation imitations.

“The one thing that we need to share: We don't want to see again the imitation of the negotiations, because we have seen it throughout the 30 years. If there was a concrete will of negotiations from the Armenian side over the past 30 years [the period that Azerbaijani lands were occupied by Armenia], probably there wouldn't be a second Karabakh war. Now we would like to see not the imitation but the real tangible, concrete results. Because if we want this peace to settle in the region so for this Armenia needs to completely implement the commitments,” Abdullayeva added.