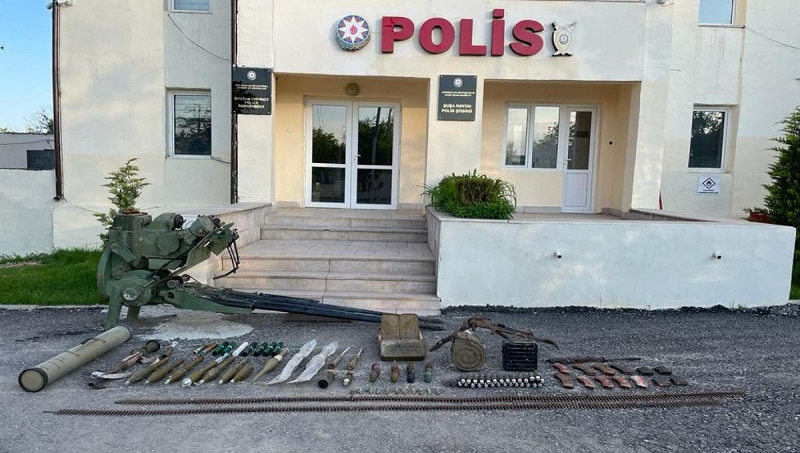 Weapons and ammunition were found in Shusha, Azerbaijan’s Barda regional group of the press service of the Ministry of Internal Affairs told News.Az.

According to information, the police officers of the Shusha district, State Security Service and Mine Action Agency employees found an artillery unit, machine gun, grenade launcher, anti-tank missile systems, 12 grenades, 99 artillery shells, 1,220 bullets of various calibers and other ammunition in the territory of Shusha city.