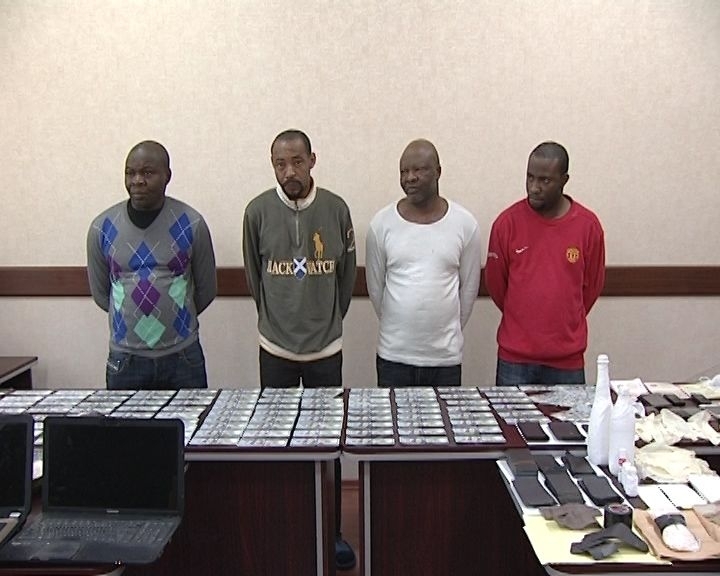 A group of foreign nationals has been detained in Azerbaijan’s capital on fraud charges.

The Interior Ministry’s Main Directorate for Combating Organized Crime received information that unknown persons received 20,000 US dollars from a citizen by fraud under the condition that they would turn these funds into 40,000 dollars by means of special chemical composition, the ministry’s press service told APA on Tuesday.

As a result of a special operation carried out based on the information received, a criminal group consisting of Cameroonian citizen Aurelien Vanbo and Nigerian citizens Onuegbu Rovland, Empume Charlers and Okenchi Kingslay were detained.

The detainees in their testimonies admitted that they came to Baku on the threshold of large-scale sports competitions and events to misappropriate the money of tourists and local citizens through the abovementioned method.

Material evidences were seized from them and the house they were temporary residing in.